Devil in the Detail 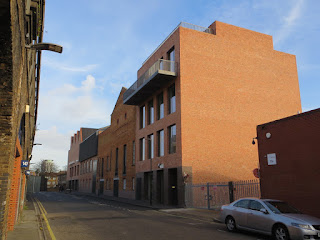 At Newport Street Caruso St John have created a suite of enfilade galleries, varying in proportion, scale and daylighting, which provide an ideal setting for the display of art from Damien Hirst's private collection of more than 30,000 pieces. ‘Power Stations’, an exhibition of John Hoyland’s bold abstract canvases, is the perfect debut for the space.

The galleries are formed by knocking together three former scenery warehouses but, with the exception of all but a few high-level openings and some roof trusses, the existing building fabric is lined in plasterboard. Even the original character of window openings is obscured internally by white glass screens. The enfilade layout is such that the wall flanking the street is available as a straight, uninterrupted and completely flexible hanging surface, tending to unify the disparate volumes of the original buildings. This is an Alice in Wonderland space, once-removed from the substance of the original fabric and its urban context. Perhaps that is a positive feature for an art gallery: allowing the visitor to be enveloped by the art and transported to an interior landscape of the imagination. 'White Box' has become a pejorative term, but it scarcely does justice to the rich spatial sequence that Caruso St John have created. Hirst needs a flexible set of gallery spaces in which to display his collection. He can do that simply by re-hanging each show within the available space or using parts of the gallery for smaller exhibitions.

Jan-Carlos Kucharek in the RIBA Journal astutely notes the disparity between the suppressed materiality of the display space and the intensity of architectural expression in the three public stairs. It is true that apart from the continuity of the screed floor, there is little connection between the stairs and display areas. This is arguably a weakness in the architects' parti that diminishes the constituent parts, fragmenting the experience of moving around the galleries.

The technical virtuosity of the stairs is impressive, but veils the curiouser-and-curiouser nature of their construction. In contrast to the plasterboard-faced gallery interiors, the drum-like stair enclosures are lined in a white brick. The mass of the masonry is emphasised by the use of a header bond on the curves and a recessed pre-cast concrete handrail. Upper masonry soffits are pierced by a central roof lights and lined in header bonded brick. Where door openings cut into the drum of the stair, the soffit brickwork is in a staggered radial pattern with tapered mortar joints. The construction has the glacial charm of a Victorian institution, perhaps not entirely accidental, since it complements Hirst's preoccupation with the pharmacy and laboratory.

Inserted into these enclosures are the stairs themselves: complex three dimensionally curved objects, formed in timber with digital precision. The soffit and guarding are lumberboard faced in white oil finish spruce. Treads and risers are made from strips of clear-coated oak, while contrasting nosing strips are picked out in a darker hardwood, but this is set one strip in from the edge of each step, a device more decorative than functional. The stairs are disengaged from the wall by 20mm, but sit directly on the screed ground floor, with no shadow gap. Seen from below, the white timber of the stairs within the brick enclosure is visually coherent. Moving up or down the stairs, the contrast between the light timber and massive masonry on each side feels unbalanced and complicated.

The stairs are neither 'objects' within in a shaft, like, say, Kahn's stair at the Yale Center for British Art, nor are they wall-supported, like Inigo Jones' stair at the Queen's House in Greenwich. The traditional pattern wall-supported stair tends to have a visually light guarding around the void of the well that is a logical expression of its structural form, as well as allowing top light onto the steps. By contrast, the straight flights of Kahn's stair span between landings built into the walls of the enclosing concrete drum. Kahn’s guarding is the same on each side, allowing the stair to read as an autonomous element and intensifying the experience of movement through the space. Although Caruso St John follow the same constructional principle, the flights hug the curved wall surface without actually touching it. Virtuosic precision fails to compensate for an incoherent relationship between the parts and the whole.

The construction of the exterior is refined: new buildings flanking the retained warehouses are constructed in brick using a variety of bonds. A grey brick is laid in header bond on the front base storey, with stretchers on the plan reveals and a course-thick brick lining to the soffit. In fact these are not the hard engineering bricks that they appear. Corners have already been chipped off the reveals of door openings to reveal a pink core. In the 'Drum Road' Backstage at the National Theatre Lasdun avoids this problem by using bull-nose bricks on corners, a robust detail with 19C industrial heft. Above the ground floor at Newport Street reddish bricks are laid to Flemish bond. All brickwork is laid with lime mortar, negating the requirement for visually disruptive movement joints.

Existing brickwork has been violently scrubbed, presumably with the intention of creating an aesthetic unity with the masonry of the new buildings. Any residual sense of authenticity in the original timber windows, in a variety of different patterns, either copies or heavily repaired, is undermined by back-lighting and blank plaster linings at street level. This treatment occupies the queasy territory of retained facades, where the construction of the envelope is devalued to the status of thick wallpaper.

The Newport Street gallery is a project of great virtuosity, but one in which subtle constructional contradictions are rife: the stairs, the brickwork and the treatment of existing fabric. Despite the rich variety of formal expression, the material quality of its construction is never entirely persuasive as the-thing-itself, because it seems deployed more for its aesthetic qualities than as an expression of tectonic order. This is not a moralistic quibble about 'truth to materials' in the work of Caruso St John, it is just that it renders their architecture less convincing than it might otherwise be. It is not possible to create an effective aesthetic order based on the expression of construction, if that construction lacks a coherent logic.

Thanks to Shaira and Michael for illuminating a wet Saturday morning 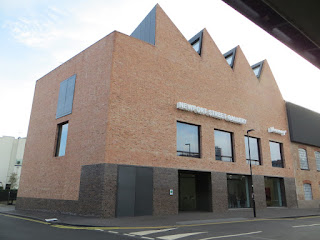 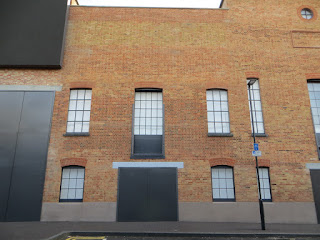 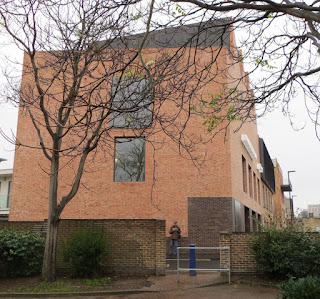 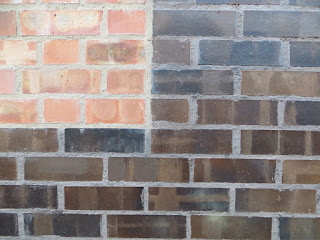 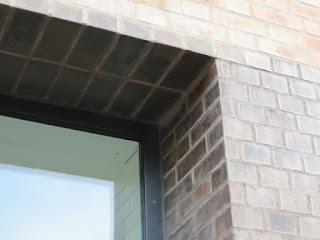 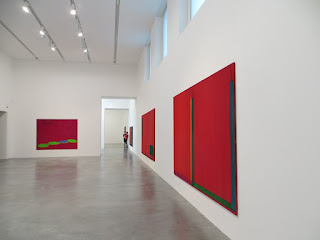 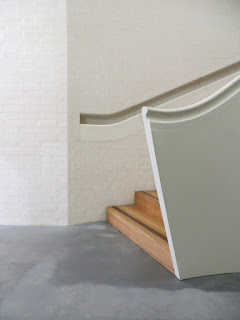 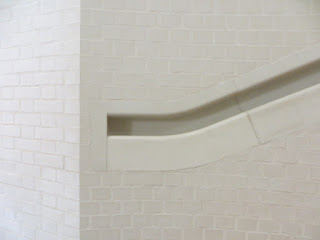 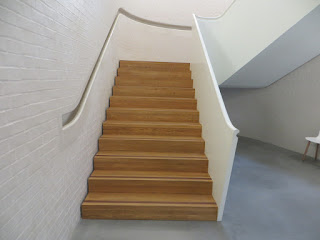 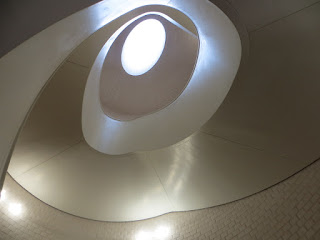 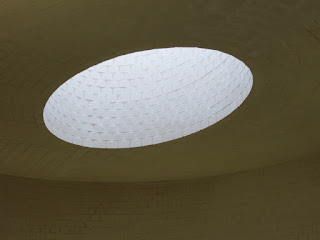 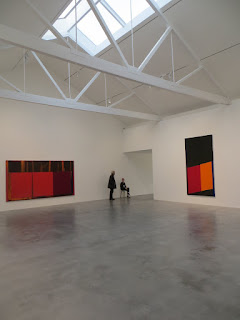 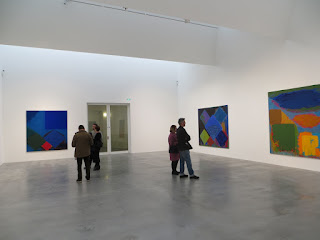 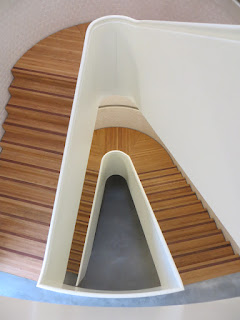 Posted by Simon McCormack at 13:04 No comments: