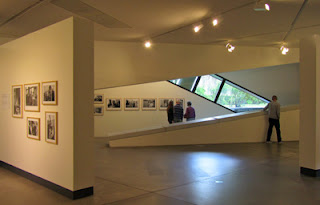 Histrionic zinc-clad forms create an ‘iconic‘ identity for Daniel Libeskind’s Judisches (Jewish) Museum in Berlin, yet this intensity is dissipated inside, where prosaic displays sit awkwardly within the fragmented interior.  Is it a shortcoming of the museum building or the display that makes a visit to this museum so frustrating?

Divergent agendas for the architect and the curators appear to lie at the root of the problem – the architecture is fractured and contorted, arguably giving concrete expression to the horror and loss of the Holocaust, whereas the display depicts the continuity of 2000 years of Jewish history in Germany and emphasises the quotidian life and contribution to society of the increasingly acculturated Jewish community.  The problem is that ordinariness is a narrative lacking in drama, which is why the ‘voids’ that Libeskind has left in the building speak so eloquently of the loss and the absence of those whose lives were brutally interrupted.  These compressed vertical spaces, dimly lit and claustrophobic, are intensely beautiful.

Entry to the museum is through the adjacent 19th century villa, which contains (heavy) security, cloaks, tickets and a cafe.  Dark stairs drop down from inside the villa to the lower level of the new building, a disorientating sloping floor and a series of angled intersecting corridors with harsh fluorescent lighting.  Disorientation turns to irritation when displays can only be viewed by one person at a time standing directly in front of a clear circle within the fritted glass.  Wall surfaces are dry-lined, a finish lacking in appropriate substance.  Each of the three corridors is a thematic axis representing Holocaust, Exile and Continuity.  These axes culminate respectively in a tomb-like ‘void’, a tilted garden of concrete blocks and willows (Eisenmann’s 2005 Holocaust Memorial, also in Berlin is very reminiscent of this space - blogpost 15.05.12) and stairs up to the remainder of the display.  The ‘Continuity’ display is on a linear route and follows the fragmented Star of David geometry that generates the form of the building.  This geometry cannot be perceived and the lack of choice, as the route leads inexorably on through an awkward succession of display tableaux, is increasingly alienating.

In one of the voids an evocative installation by Menashe Kadishman (blogpost 07.06.12) responds to both the difficult content of the museum and to the architecture.  Like some of the most brilliant buildings, the Jewish Museum is at once highly polemical and deeply flawed, but this lends it intensity.  Can the mute expression of architecture and art transcend the inadequacy of the conventional museum display?  However eloquent the architecture, the stridency of the interior compounds the fumbling inadequacy of the exhibition design.   This important story deserves a better account. 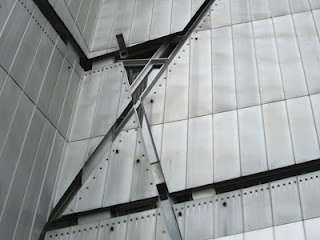 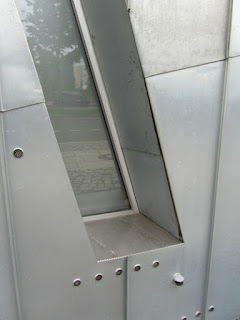 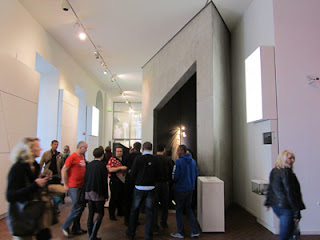 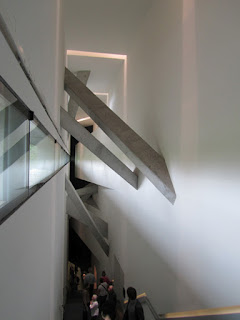 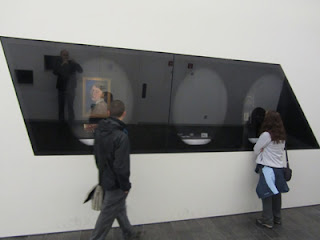 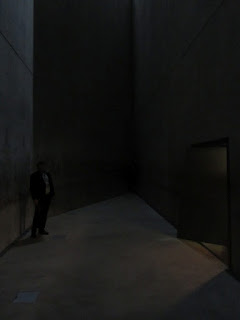 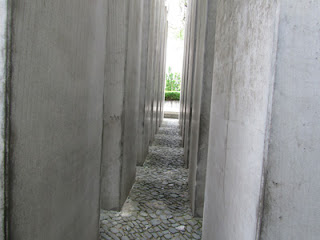 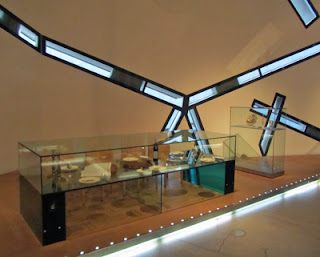 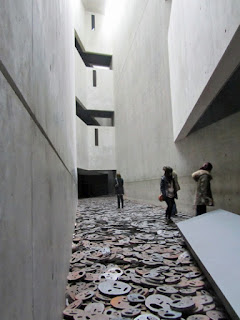 Posted by Simon McCormack at 14:33 No comments: