Ghent Stadshal: in praise of a building 'without use' 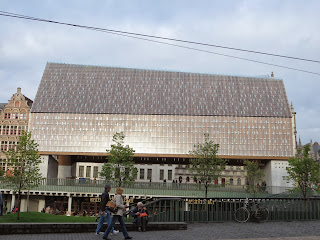 “’...a building without use.’...freed from ephemeral conditions and without an explicit function...the degree of usefulness is not a means to discriminate the art.”
Auguste Perret 1

When urban blocks around the Belfry, St Nicholas's Church and St Bavo's Cathedral in the medieval heart of Ghent were cleared before the First World War, some facades were salvaged and re-built on the Graslei harbour front, where they would reinforce the picturesque image of the city's mercantile origins. The hole in the city fabric left by this destruction was eventually occupied by a car park. Following decades of lobbying and two architectural competitions, the architects Robbrecht en Daem and Marie-Jose Van Hee have recently completed their winning scheme: a free-standing building with an extensive undercroft and remodelled public space.

Officially known as the Stadshal, or City Hall, the free-standing building is intended for use as a venue for performance and markets. On the architects' websites it is given the less grand title 'Market Hall', although locally it also goes by the nickname of the 'Schaapstal’, or sheep pen. Does this uncertainty surrounding the name of the building reflect a deeper insecurity regarding its identity? Evidence on the ground and a search of images online suggest occasional use of the building for performances, but little other public activity. Clearly the use of any building is dependent on the energy and vision of the client and cannot be dictated by the architect. The Stadshal may be a building that is under-used, but even so, perhaps it fulfils a purpose that goes beyond the provision of accommodation for a specific activity?

Its enigmatic beauty is captured in a video on Robbrecht en Daem's website, in which snow flurries swirl through the space as hunched figures hurry by. An open-sided hall that sits at the centre of the city, the building articulates the space between the monumental Gothic towers of St Nicholas's Church and the Belfry, defining two small paved squares and a garden. These finely calibrated spaces recall the intimacy of the medieval layout. Although grand in scale, the Market Hall relates to the height of adjacent street facades, rather than competing with the neighbouring towers.

A distorted barn that eschews conventional expectations of form and construction, the timber boarded superstructure comprises a pair of asymmetrical parallel pitched roofs supported on four massive concrete piers. These house stairs and lifts down to the undercroft, a public hearth for fires and a large extract duct. The twin gables at each end are under-cut by a single pitched profile. The asymmetrical composition is subtly twisted. An irregular grid of small rectangular openings is cut into the roof, disrupting the scale of the building, especially at night: like an image from a sci-fi movie, it resembles a vast spaceship hovering above the ground. Nearby, a huge bell suspended inside a sculptural concrete cube adds a further surreal note.

Overlapping glass shingles wrap the roof in an elegant deconstruction of traditional building techniques. Chinks of light are admitted into the hall through the tiny openings in the timber superstructure, evoking the quality of a ruined building. Constantly shifting in appearance, the glass shingles give the Market Hall a quicksilver character, responsive to the Northern European light and climate.

The extensive undercroft beneath the paved square is densely packed with accommodation: public bike storage, toilets and a brasserie. It is cut back on one side, forming a plinth for the Market Hall above. The Brasserie overlooks an informal garden at the lower level, with an undulating lawn and winding paths. The organic forms of this garden sit less comfortably with the surrounding city and adjacent Gothic monuments than the formal paved space around the Market Hall. However, at a strategic level, the change of level and contrasting character of the garden successfully establish a new order in place of the previously undifferentiated terrain of the site, creating a richer urban environment. Integration of highway engineering and tram lines in the street next to the garden are low key but significant achievements.

The discretion exercised by the architects of the Market Hall and its sensitive integration within the urban fabric disqualify this project from 'icon' status. Even without a fire burning in the public hearth or the bustle of street trade, the Market Hall and sensitive repair of the surrounding urban environment are a resounding success. When he extolled the virtues of a building 'without use', Auguste Perret recognised the truth that architecture may have value which transcends practical function. 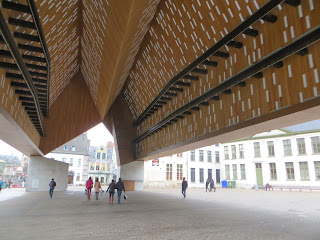 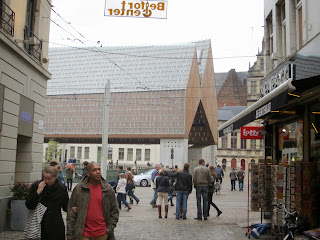 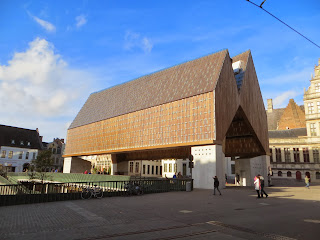 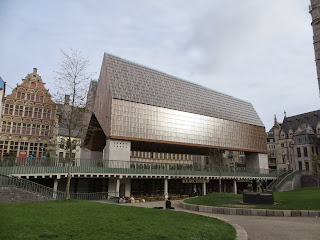 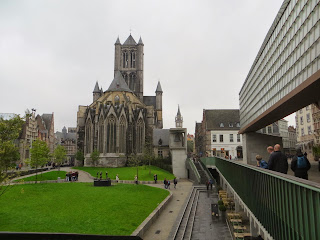 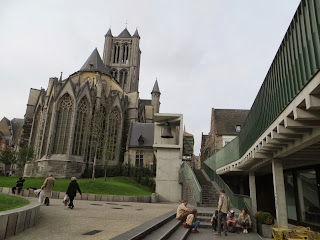 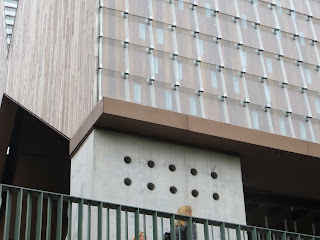 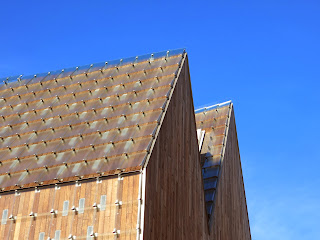 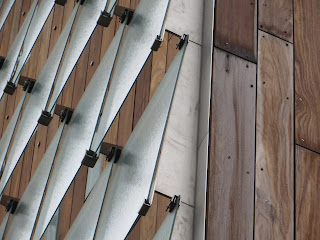 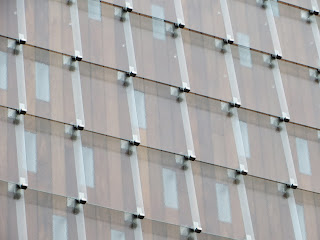 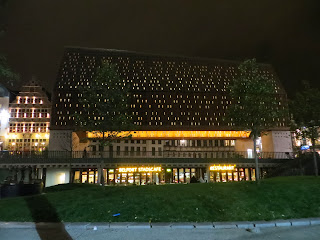 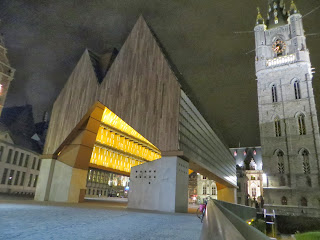 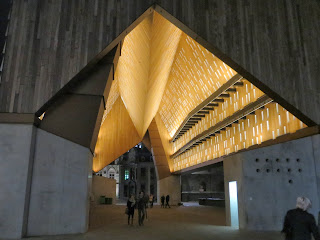