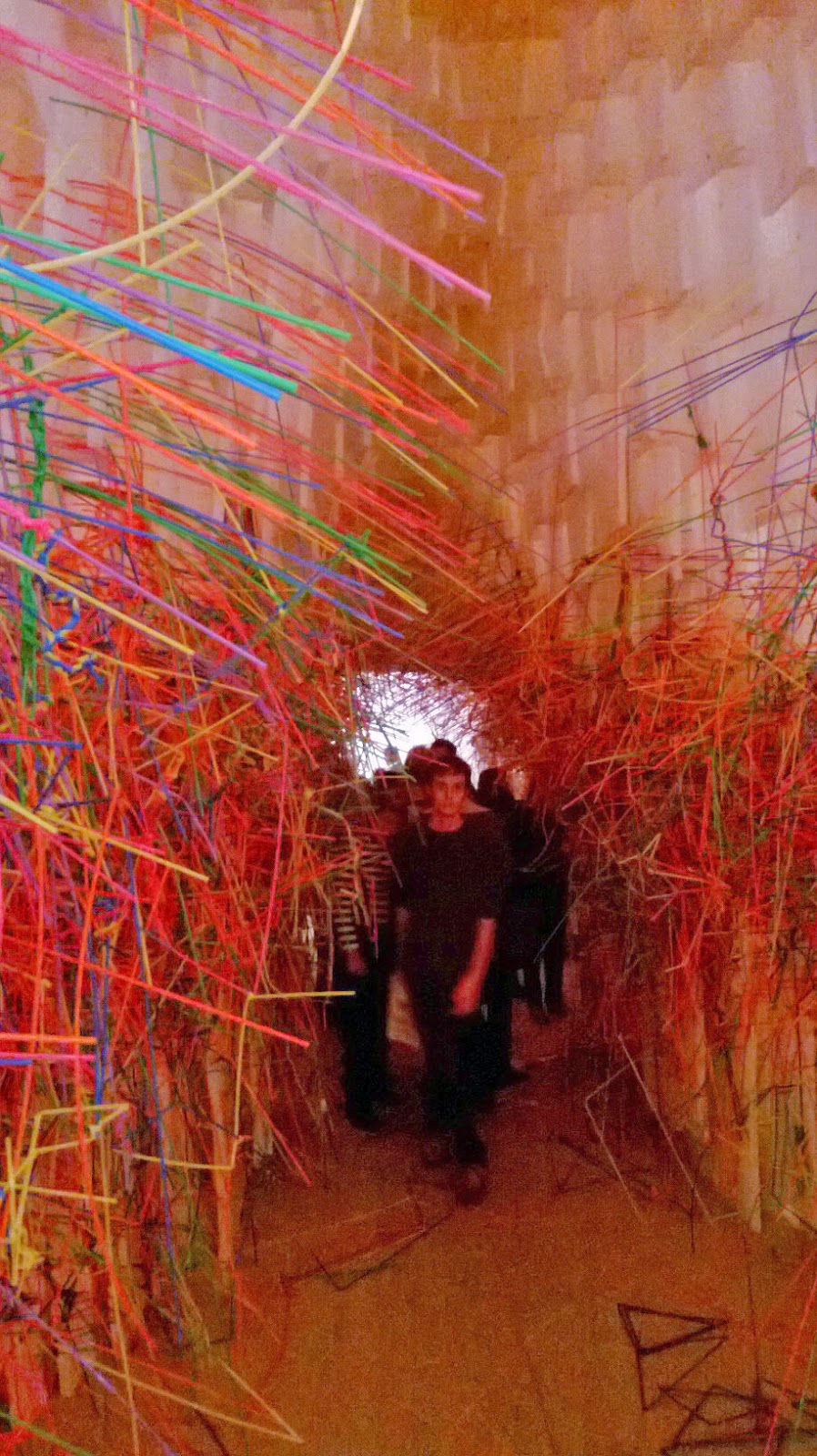 'Sensing Spaces - Architecture Reimagined', an exhibition at the Royal Academy, successfully engages its audience and raises questions about how the experience of architecture can be communicated

Can architecture be adequately represented in an exhibition, or any other medium? Buildings are generally unique, fixed in place, and we must therefore often experience them through other media. Photography can be a beguiling proxy for the real thing, but what makes a good photo is not the same as what makes a good building. Even before the advent of photography, Palladio used I Quattro Libri to promulgate an idealized representation of his buildings. The Emperor Hadrian built copies of exemplary projects he had seen on trips to far flung corners of the Roman Empire in the grounds of his villa at Tivoli. Stripped of context and use, they become something new altogether.

International expositions, in which participating nations commission pavilions, are also exhibitions of architecture. The International Exposition of Modern Industrial and Decorative Arts in Paris in 1925 memorably introduced pivotal projects of the early modern period: Le Corbusier's Esprit Nouveau pavilion and the Melnikov pavilion for the Soviet Union. Building exhibitions can have a longer physical legacy. The Weissenhof Estate, built for the 1927 Deutscher Werkbund Exhibition in Stuttgart, survives as a corner of the city containing canonical works by Le Corbusier, Mies van der Rohe, Gropius and Scharoun. The International Building Exhibition in Berlin (1979-87) was the catalyst for influential projects by Rossi, Gregotti, Rob Krier, Siza and Eisenman.

More recently, at the Serpentine Gallery in Kensington Gardens, the construction of a temporary pavilion each summer has provided a platform for international starchitects to put on bravura displays of creativity. The interest of this endeavour has been to see how successive designers respond to the same programme, as well as to the efforts of their predecessors. Here enlightened patronage licenses the participants to explore their obsessions without regard to the usual constraints of permanent construction. Although this process is limited, it is also liberating, inspiring an annual celebration of architectural ideas.

Sensing Spaces - Architecture Reimagined, the current Royal Academy exhibition, presents a bold and well conceived answer to the question: 'How do you represent architecture?'. Six architects were invited to construct installations in the main galleries of the Academy. A strength of the show is that it allows the visitor to experience the space and materiality of each installation directly for themselves, rather than through another medium such as photos or drawings.  Artful juxtaposition highlights the contrasting approaches of the different architects.

Pezo von Ellrichshausen have created an enigmatic tower structure, located at one end of a grand gallery, that conceals its interior spaces and occupants. Tight ramps and stairs open onto privileged views of details high up in the interior. Siza and Souto de Moura both invoke a connection with architectural history and express the need to respond to it in ways which exploit contemporary culture and construction. Siza's elemental concrete columns in the Academy forecourt are ambiguously suggestive, but of construction or ruin? Souto de Moura's displaced classical door linings, formed from thin concrete, initially appear to be precise copies of the originals in the Academy but, on closer inspection, they have been subtly simplified. They neatly focus attention on the form and construction of the thresholds between the galleries in the Academy. Grafton Architects have built a top-lit assembly of suspended sculptural beams in adjacent spaces. A rough white plaster finish used in the brightly lit space contrasts with a darker, heavier, effect in which the beams have a simulated concrete finish. A wrinkle in the light-weight facing betrays a weakness in their approach: you realize that the construction is not really concrete and this negates the frisson that would come from real weight. Kengo Kuma chose a space that lacked daylight. Although his delicate filigree structure of bamboo canes is dramatically uplit and the background of the room shrouded in darkness, it would be a mistake to think that this installation was conceived as within a black box, for it surely alludes to the Japanese understanding of darkness, in contrast to a Western preoccupation with light. Li Xiaodong's labyrinthine installation gains power from the juxtaposition of walls formed from arrays of short log posts and smooth ply linings. However, the undeniable crowd pleaser is Diebedo Francis Kere's improvised tunnel, formed from small pieces of plastic honeycomb fixed with cable ties and adorned with an increasingly shaggy coat of coloured plastic straws added by visitors. His polemical installation questions the role of the architect as auteur and the notion of aesthetically complete construction: participation and organic development are put forward as alternatives, challenging the more conventional professional assumptions of other participants in the exhibition.

Like architecture outside the gallery, the installations in Sensing Spaces are subject to the ebb and flow of light and human activity, successfully conveying its inherent dramatic and sculptural qualities.  Even if the gallery context dilutes the experience, this exhibition eloquently demonstrates some of the complex and elusive factors that contribute to our experience of architecture. 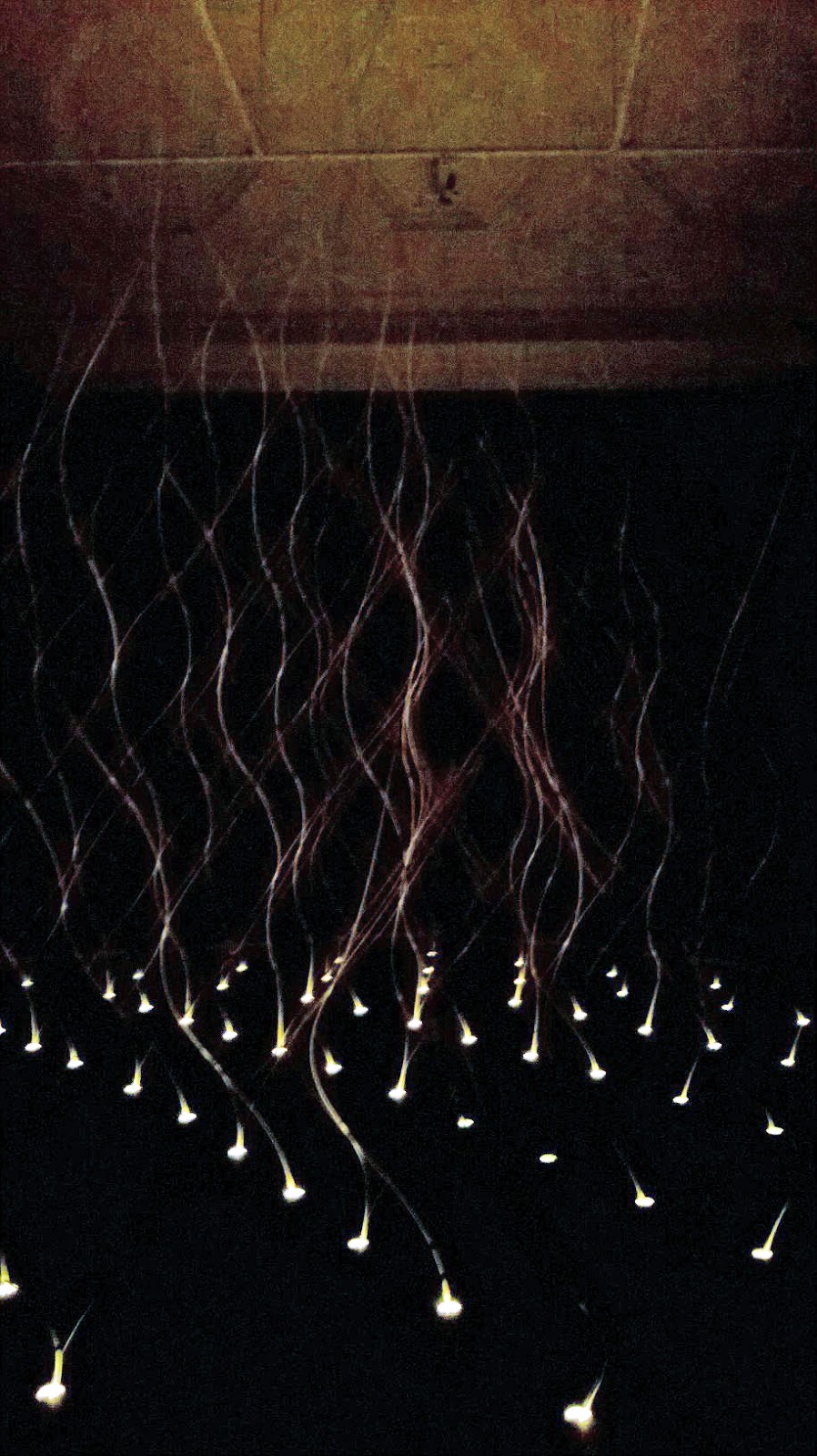 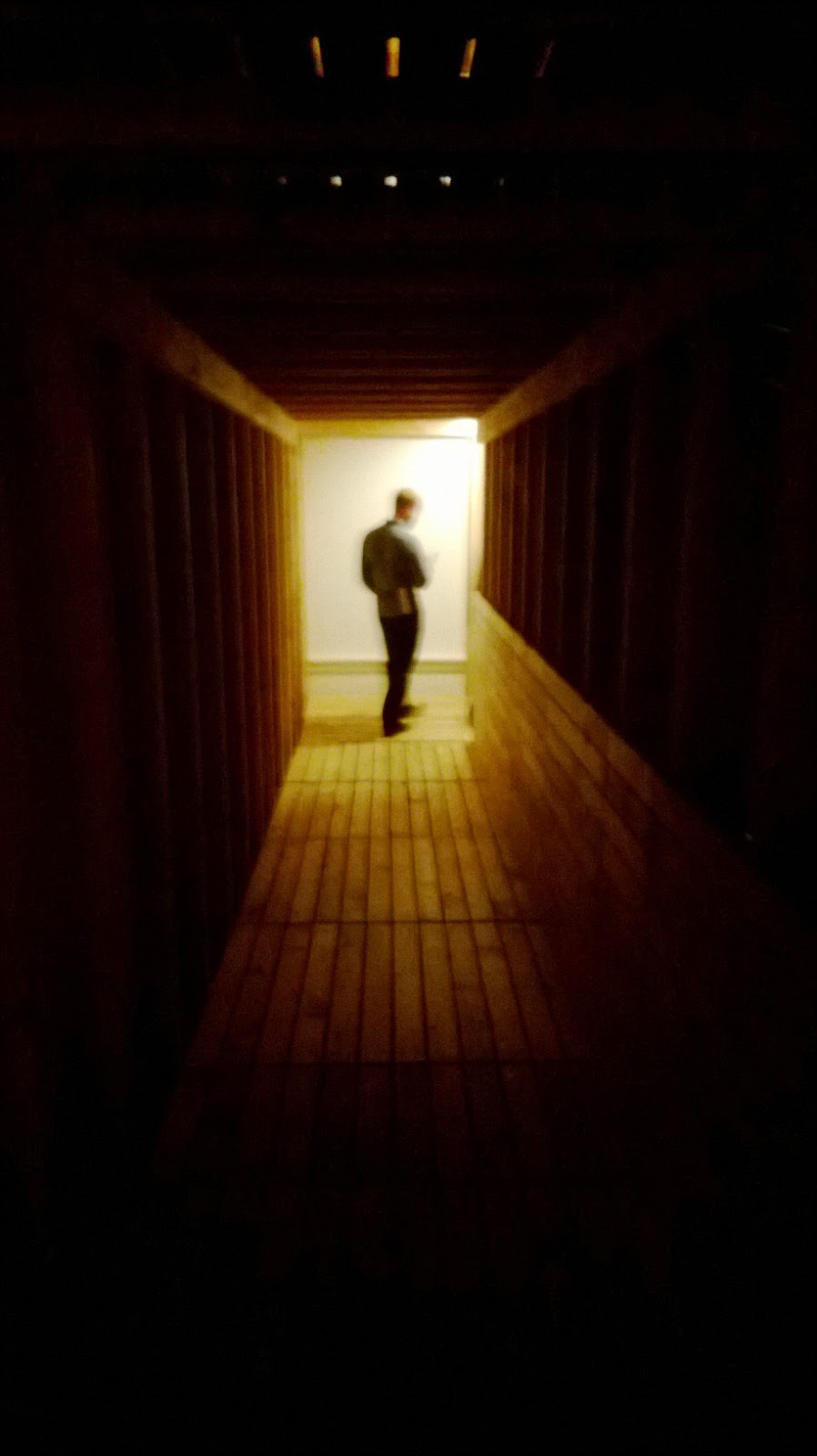 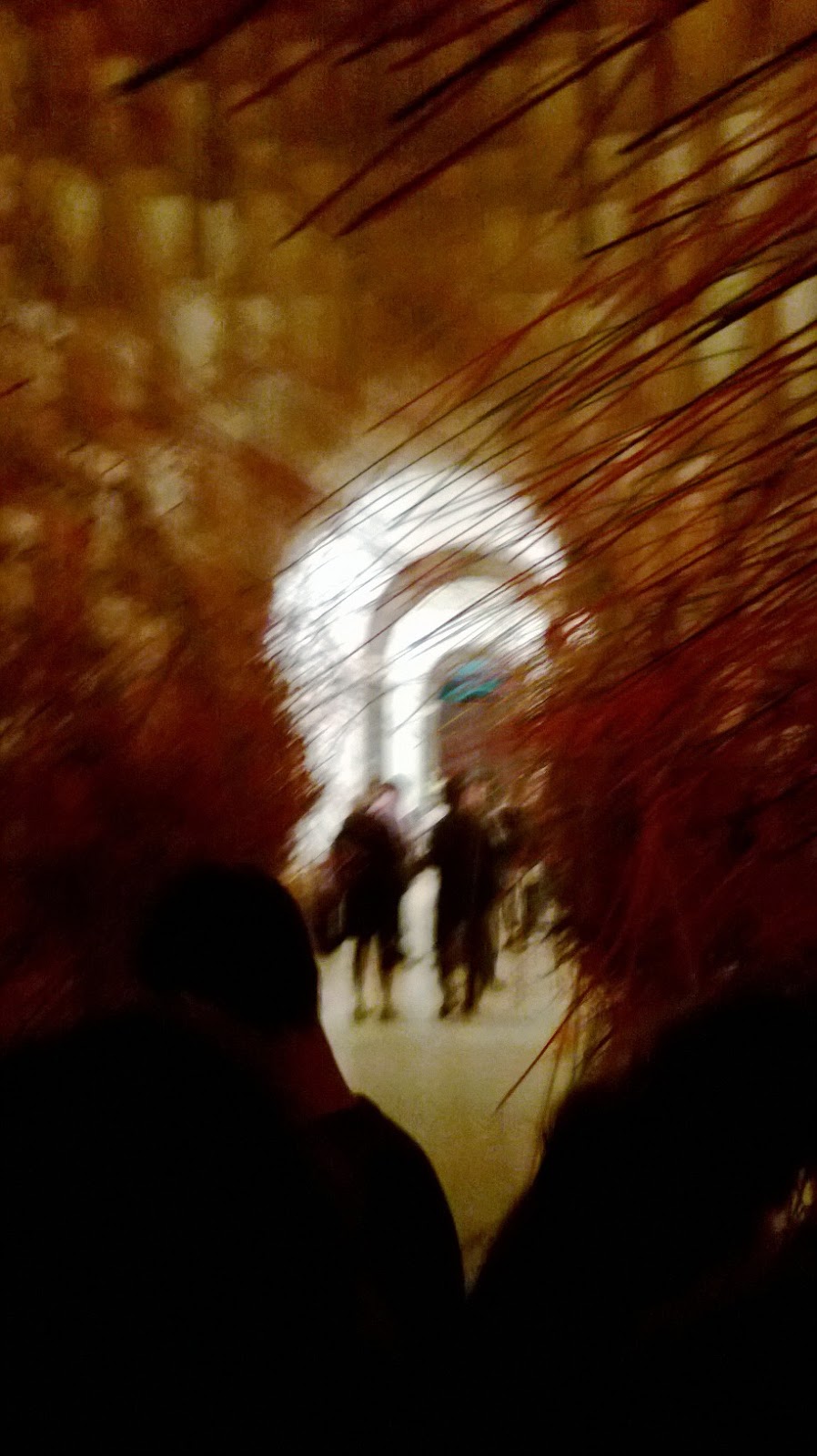 Posted by Simon McCormack at 14:46 No comments: