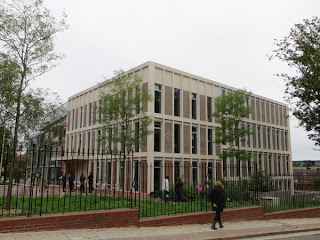 Duggan Morris Architects cite the Georgian environs of Camberwell as their inspiration, but their building can also be seen as a continuation of the Neo-rationalist tradition, with links to the work of Italian Rationalists in the 1930's

Ortus, Duggan Morris Architect's new learning and event centre for Maudesley Charity, is situated in the south London suburb of Camberwell, on the edge of a sprawling healthcare campus which includes King's Hospital, the Maudesley Hospital and the Institute of Psychiatry.  It caters mainly for mental health professionals, but welcomes local people and other groups, in a radically open institutional model.  Georgian terraces adjacent to the site are cited by the architects as the inspiration for the project and it has a number of affinities with the modest and robust pattern of these buildings. Although most evident in the simple cubic volume of the massing and repetitive character of the elevations, this influence also informs the interior.  A variety of flexible spaces are arranged around a central stair hall, which at Ortus has been greatly expanded. Accommodation is on half levels, with access from the stair landings, avoiding rigid stratification of floors and allowing a flowing, open relationship between the different parts of the building. It is all determinedly non-institutional in character: there is no reception desk or overt security and a cafe at ground level next to the central hall opens out onto a pleasant terrace.

In a departure from the Georgian model, some flights of the stair are increased in width to create informal tiers of seating for spontaneous occupation. Similar to David Chipperfield Architects' BBC Scotland project (2001-6), the arrangement at Ortus has a more dynamic character, both spatially and socially. Internally, the top-lit hall, with fine oak panels set into the in-situ concrete structure, has features in common with Louis Kahn's Yale Centre for British Art (1969-77), although Kahn's structural frame is expressed as a three dimensional grid which organizes both the elevations and the internal volumes. Both projects temper the larger scale of a public building  by introducing timber finishes, which invest the interior with a quality of refined domesticity. By enclosing his stair in a sculptural concrete drum, Kahn keeps the focus on the gallery's collection of art. At Ortus the open and expanded stair reflects Maudesley Charity's determination to create an informal meeting place and forum as well as a venue with programmed spaces or activities.

On the exterior a repetitive 1.2m wide grid of pre-cast components frames panels of glazing or masonry infill, broken only by the entrance. Windows, which are generally located one above the other, create a vertical emphasis and the expression of the split level and inset terraces adds dynamic incident, reminiscent of neighbouring terraced houses on the sloping site. Fewer windows on the facade flanking the service accommodation create a stronger horizontal emphasis, which is less successful. At upper levels more grey is added into the mix of reddish bricks, creating a subtle vertical graduation of tone.

Simple cubic forms and highly repetitive facade grids also characterize some recent projects by David Chipperfield Architects, such as his City of Justice in Barcelona (2002-2009), Museum Island Gallery in Berlin (2007-2017) and Museum of Modern Literature in Marbach am Neckar (2002-2006).   Such consciously Neo-rationalist motifs may in turn be derived from Rationalist architecture of the 1930's, for example the Union Headquarters in Como by Cattaneo, Lingeri and Origoni (1938-43).  Like Ortus, the design of these projects is underscored by a concern to establish a connection with urban context and create buildings and spaces which transcend narrow functionalism.  At Ortus in-situ concrete columns are concealed within the brick envelope, but beams are exposed, to create a looser aesthetic. A similar close gridded facade (on a 1.5m grid) at Lubetkin and Tecton's pioneering Finsbury Health Centre (1935-38) reflects the engineer Ove Arup's ingenious perimeter structural frame, which allowed complete flexibility within a column-free interior. While Duggan Morris may take a more relaxed approach to tectonic expression than Kahn or Lubetkin, at Ortus they have successfully created a social and intellectual oasis for those committed to increasing our understanding of mental health. 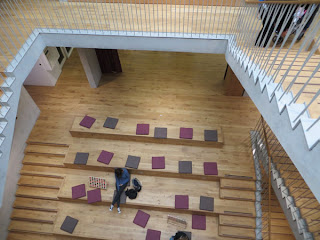 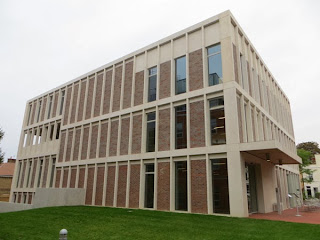 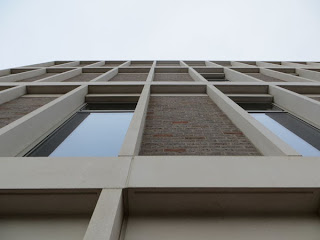 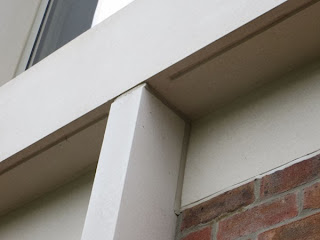 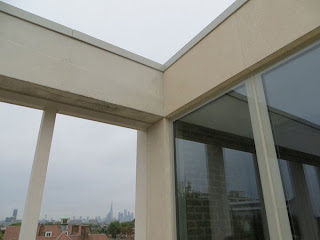 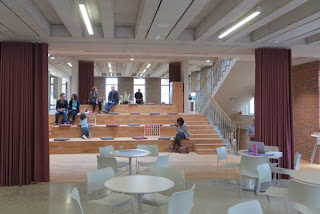 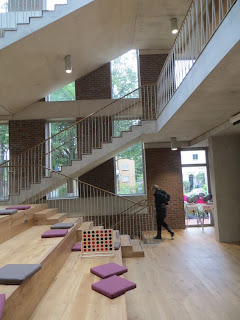 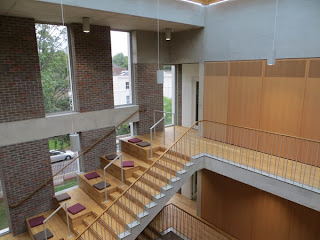 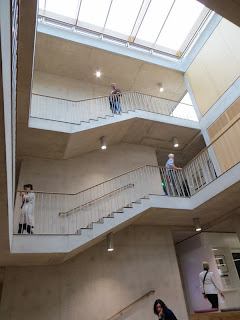 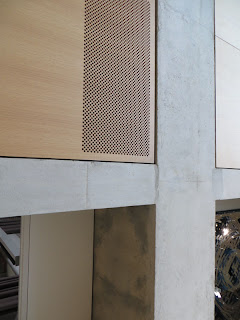 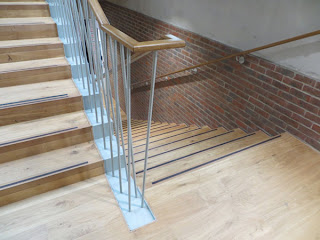