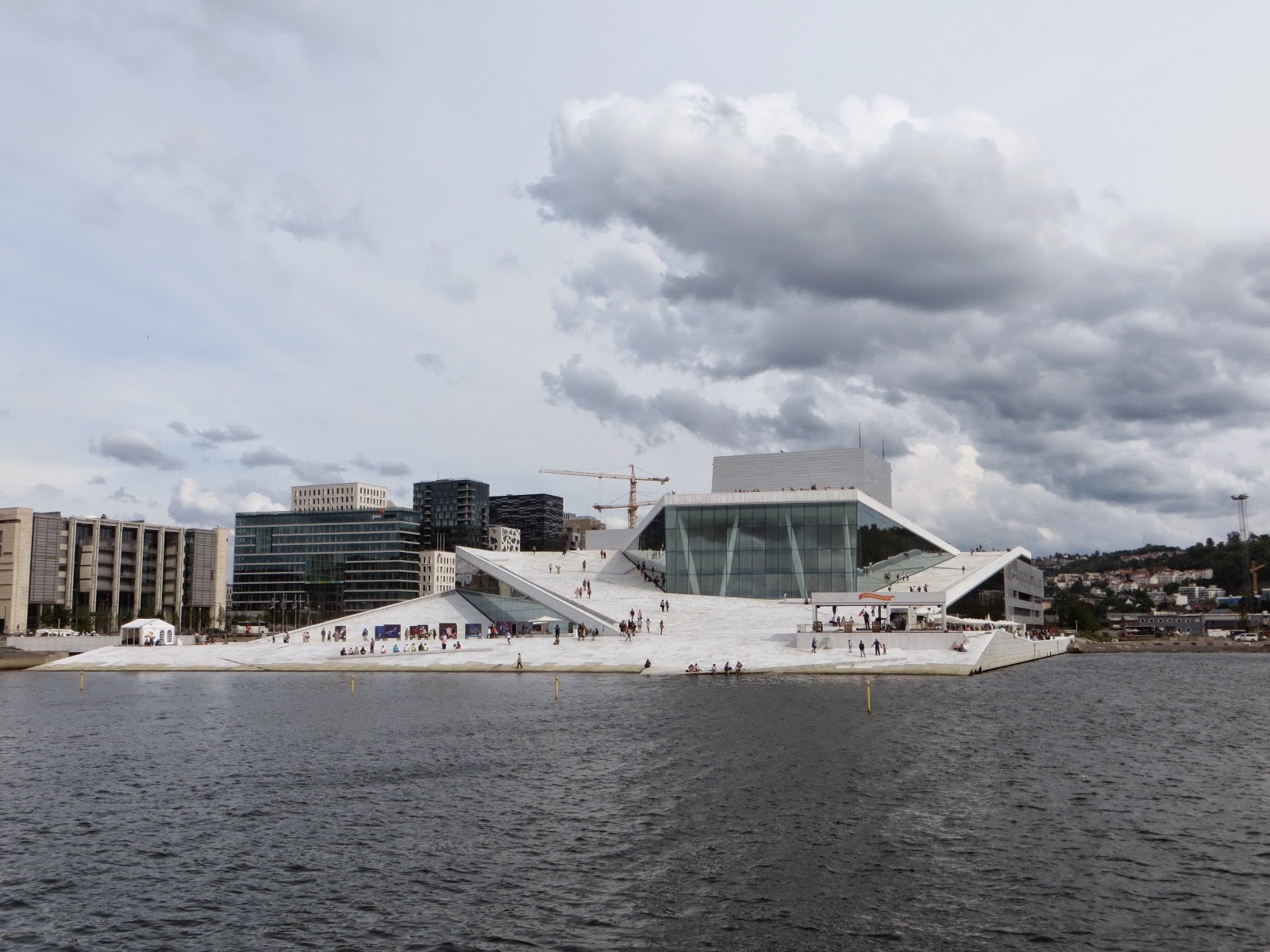 In the spirit of Greek theatre, Snohetta's Opera House gives expression to the relationship between nature and society

It is rare for a building to exert an appeal as compelling as that of Snohetta Architect's competition-winning Oslo Opera House. An inclined white marble pavement forms the roof, tilting spectacularly down to the water of Oslo Fjord. The glazed box-like enclosure of the foyer projects through the roof planes, asserting the presence of the internal volumes. Within this glacially cool exterior, the drum-shaped auditorium is clad in a textured arrangement of oak slats that generates an inviting sense of warmth.

An expansive open-air promenade connects fjord and street level with the roof-top, creating an exciting urban topography that encourages casual use, whether to enjoy the spectacle of everyday life and the city, or for occasional performances of dance or music. Snohetta manage this without 'burying' the Opera House: although its canted roof can be enjoyed without reference to the elite cultural activity of the interior, the primary function of the building is not suppressed. A strength of the layout is the clear definition of a single public entrance facing the city across a small bridge. Once inside, the lofty cubic volume of the foyer encloses the drum shape of the auditorium. Opposite the entrance is a cafe opening onto a terrace flanking the fjord. The privileged urban arena above the Opera House acts as an extension to the public realm of the city into its natural setting, mediating between orthogonal forms and organic ones, an invocation of the mythic Norwegian landscape of fjord and glacier.

More surprises fill the interior: like the raking, asymmetrically placed columns and filigree backlit screens enclosing toilets, but these always function within a coherent whole. The screens are designed by Olafur Eliasson, a commission won in competition, and one of several collaborations with artists that have been successfully integrated into the architecture. The rich colour and texture of the auditorium's rounded form at the heart of the building contrast with the surrounding cool white surfaces of the foyer.

The Opera House is a consummate achievement, negotiating a balance between comprehensible form and finely wrought abstract details: it is accessible without being condescending; the public space of this man-made glacier has an unforced theatricality, connecting the city with its topography. 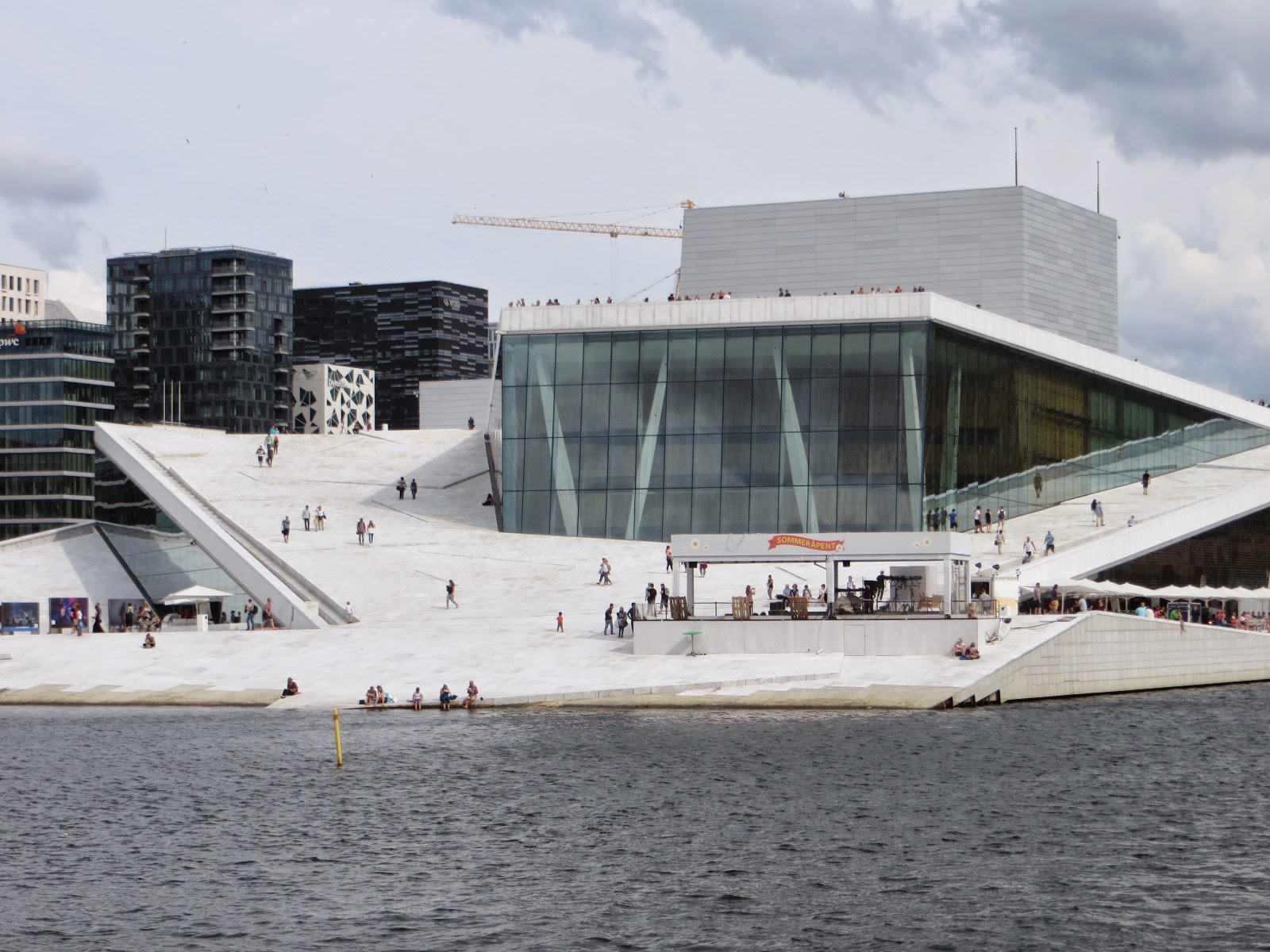 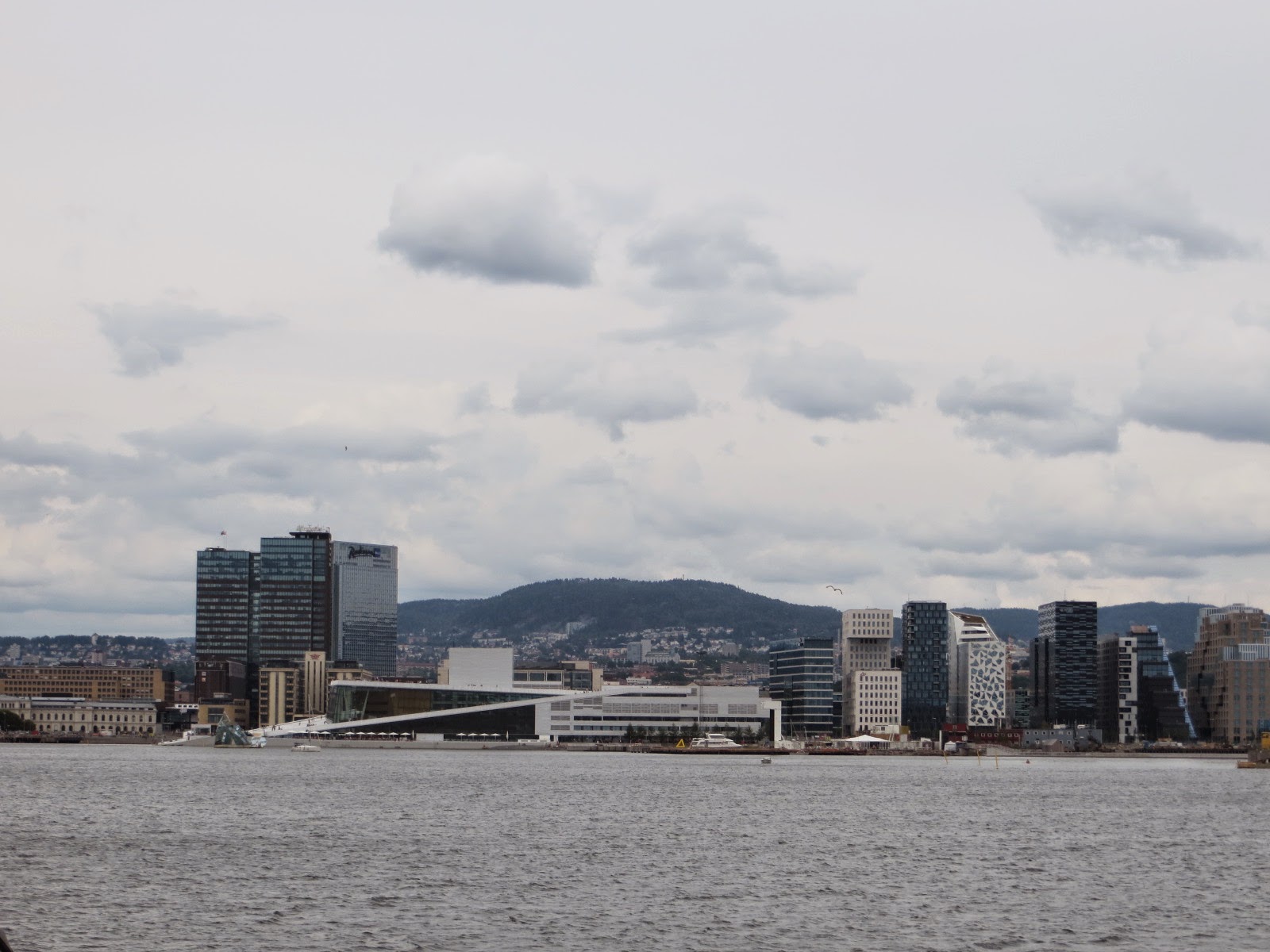 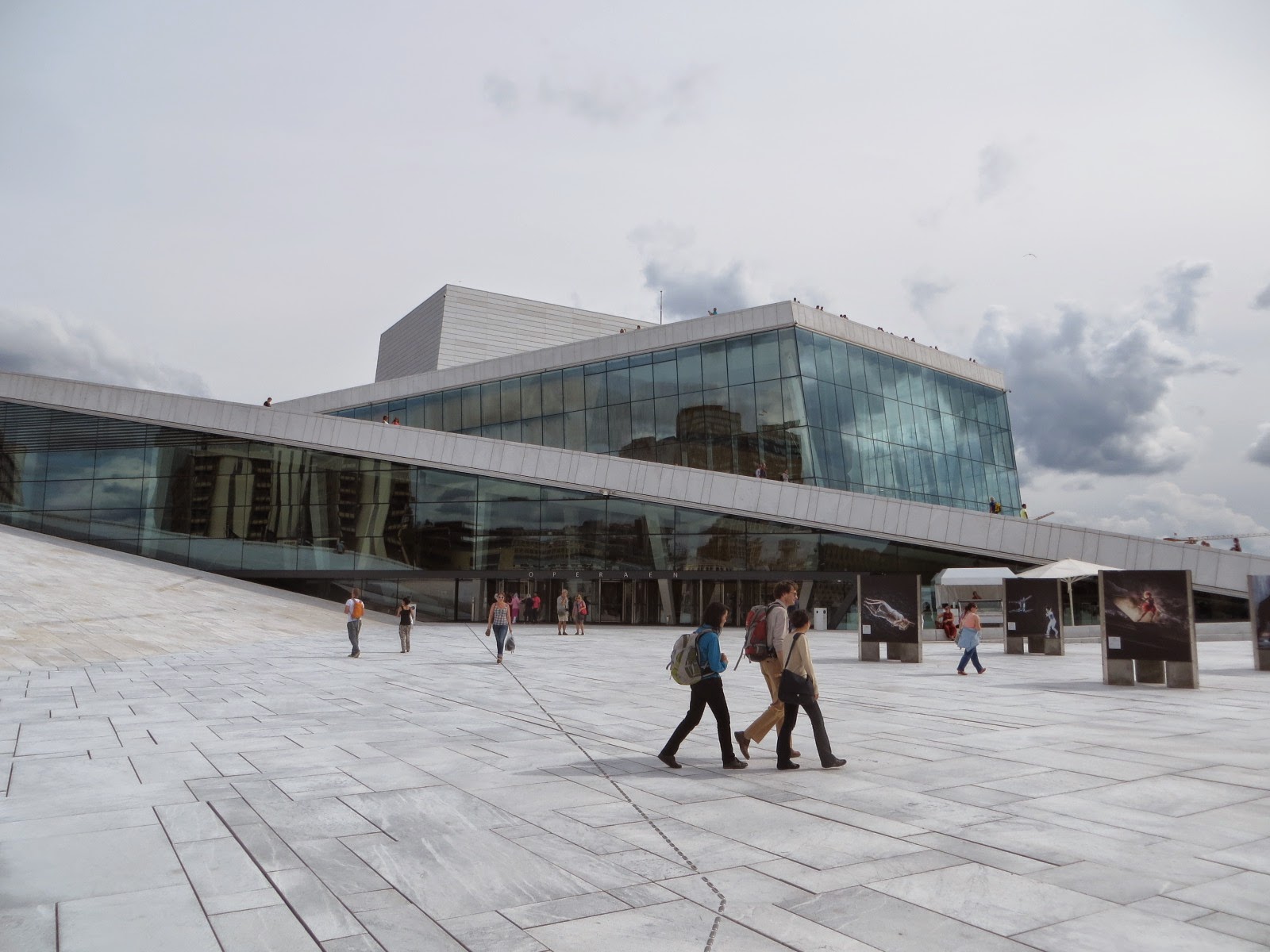 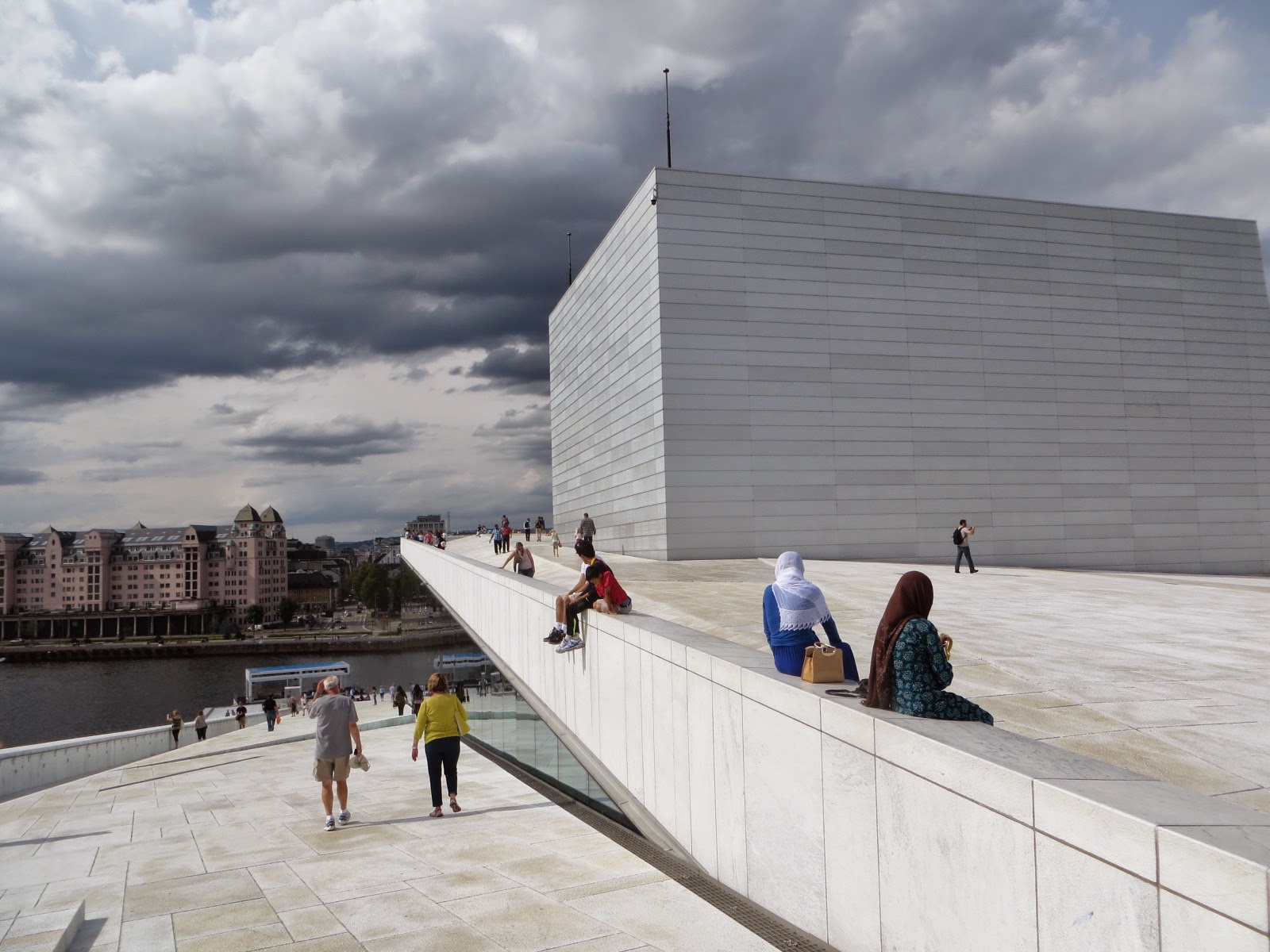 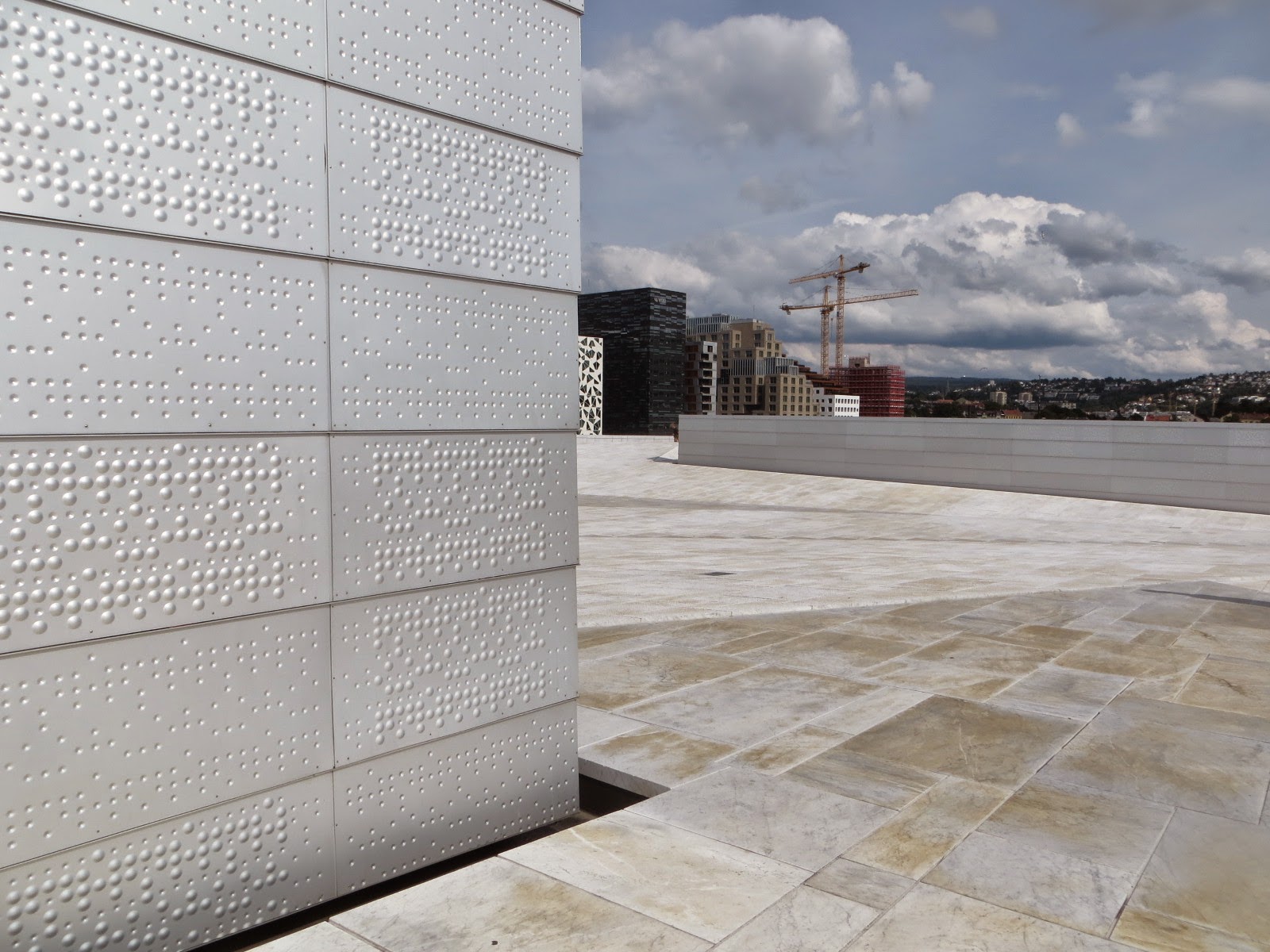 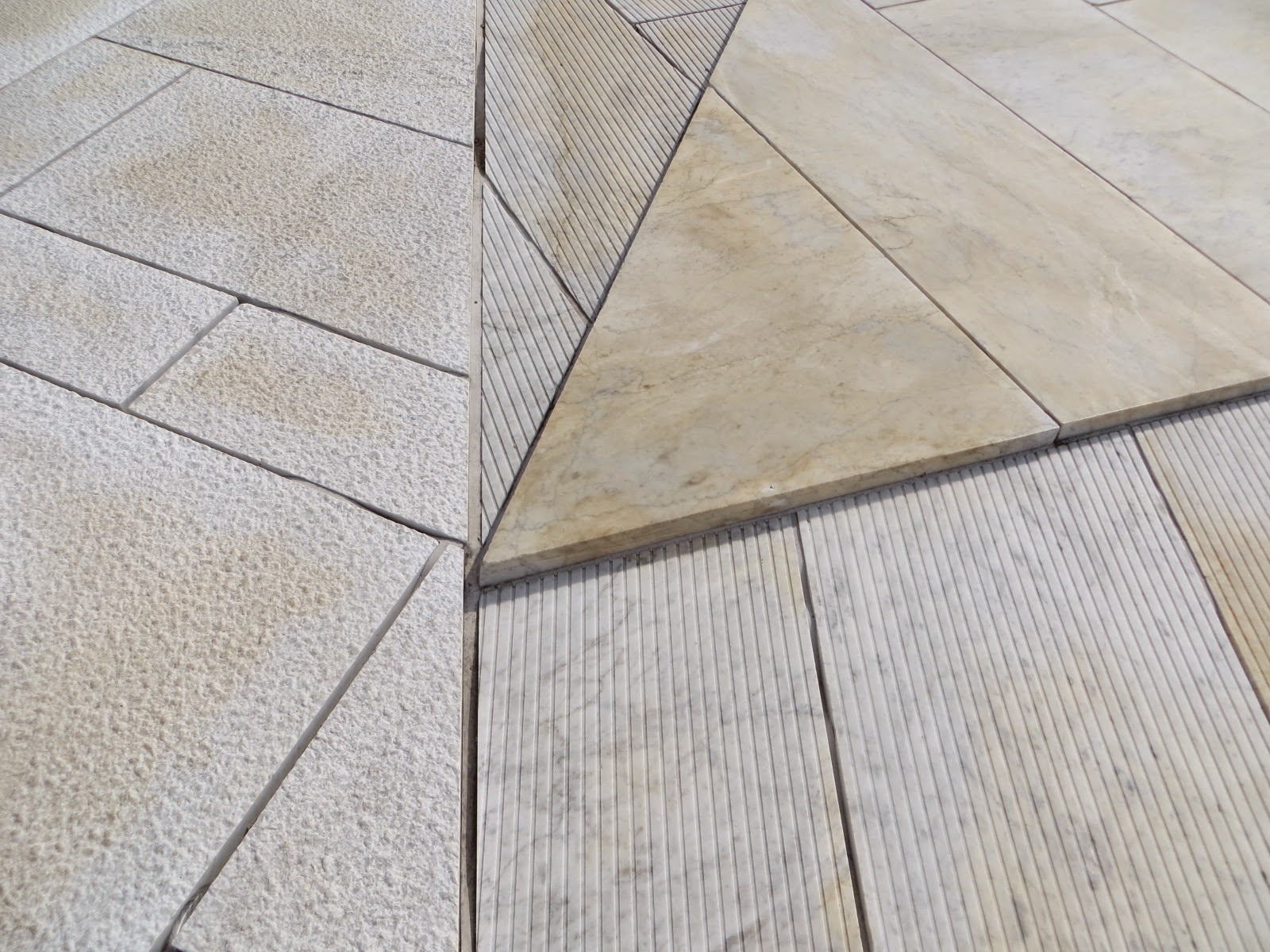 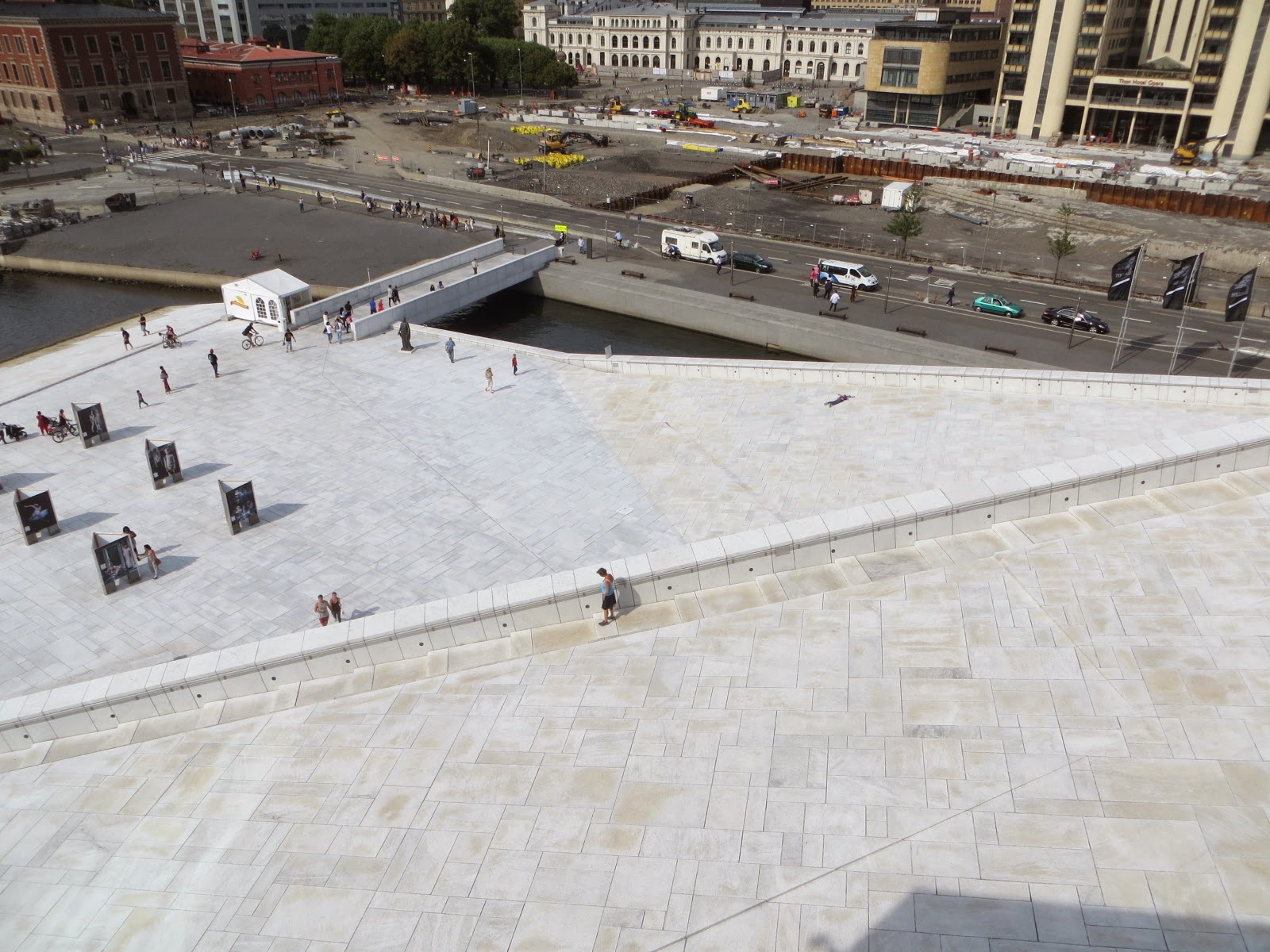 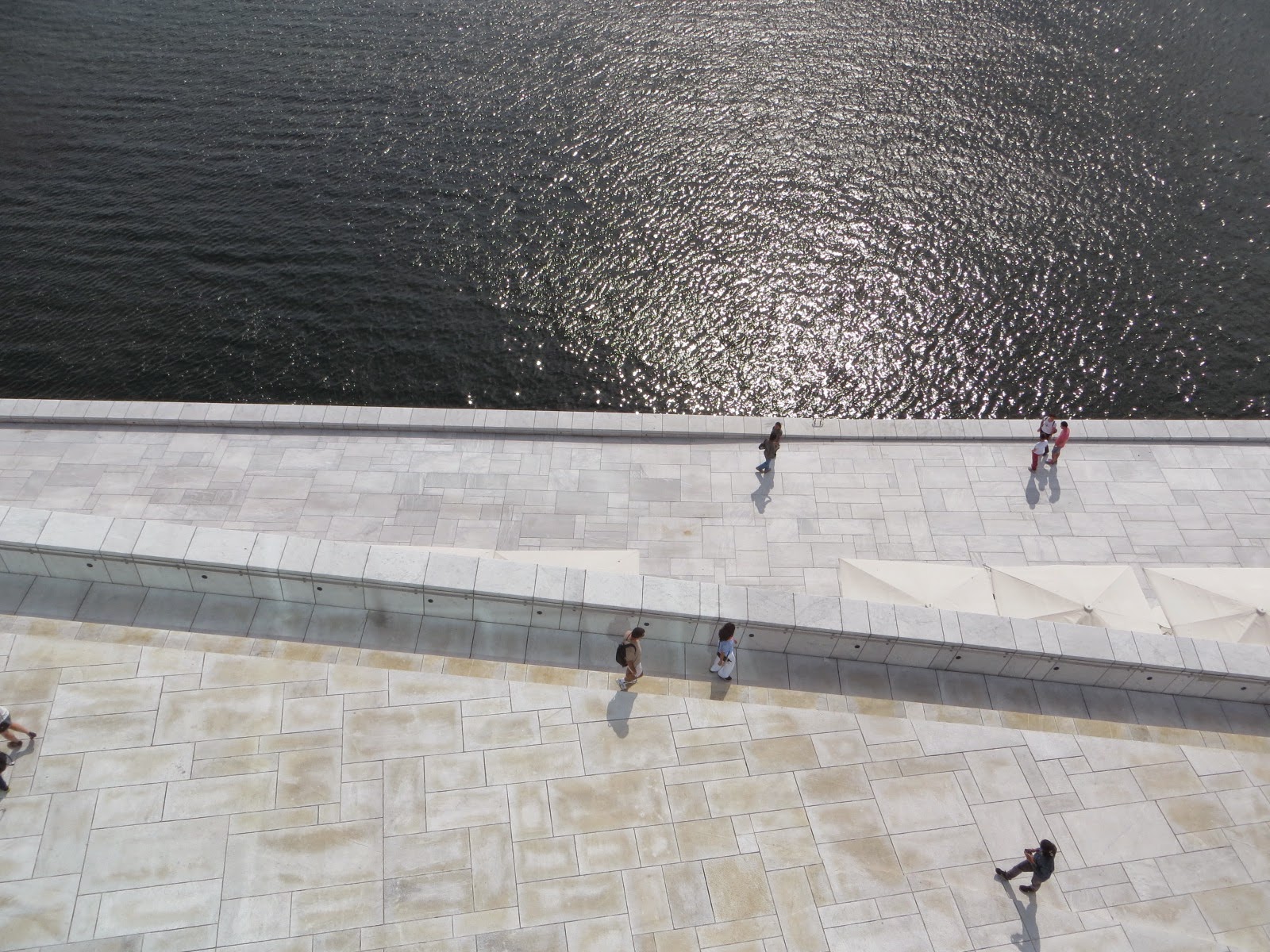 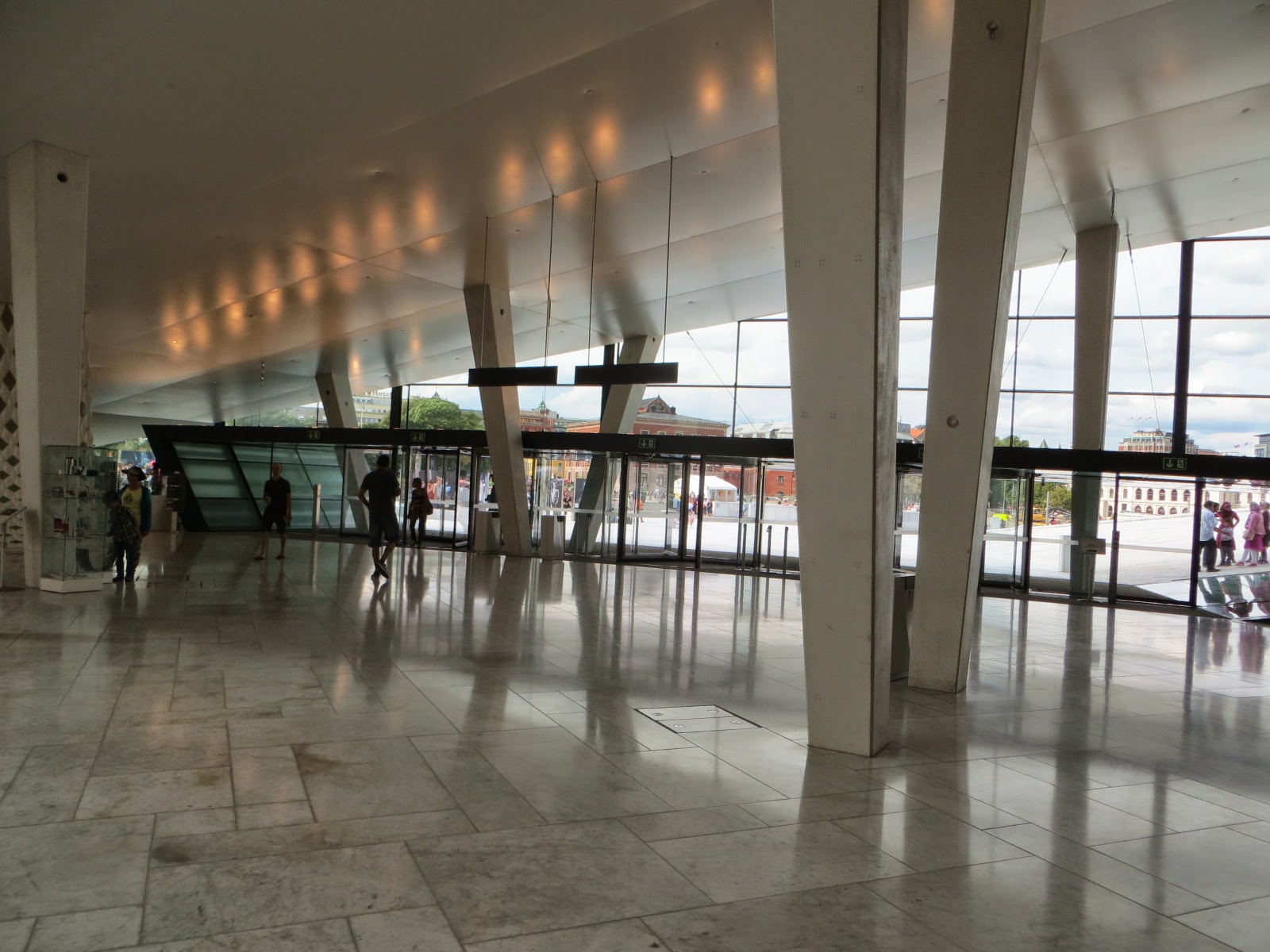 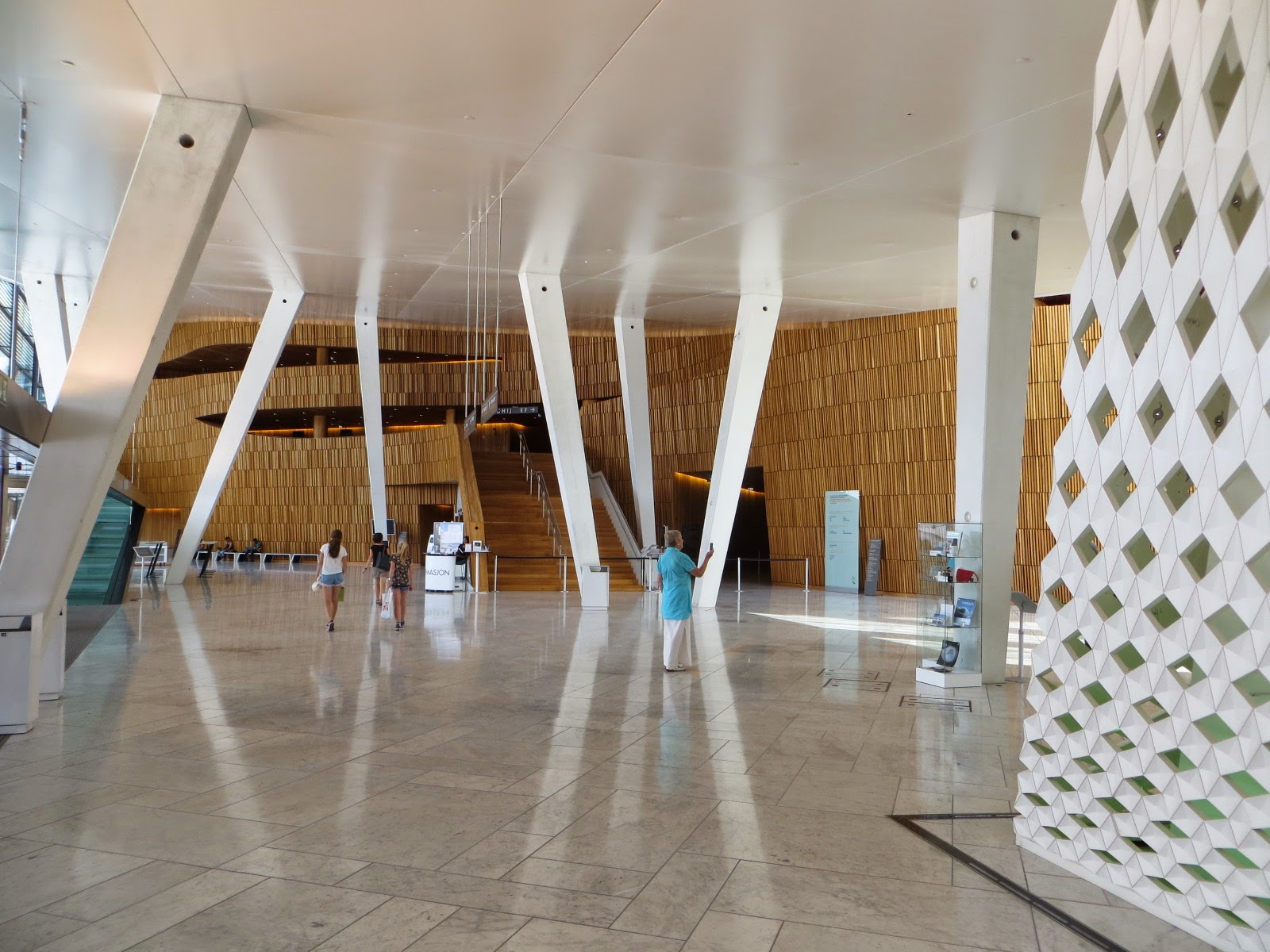 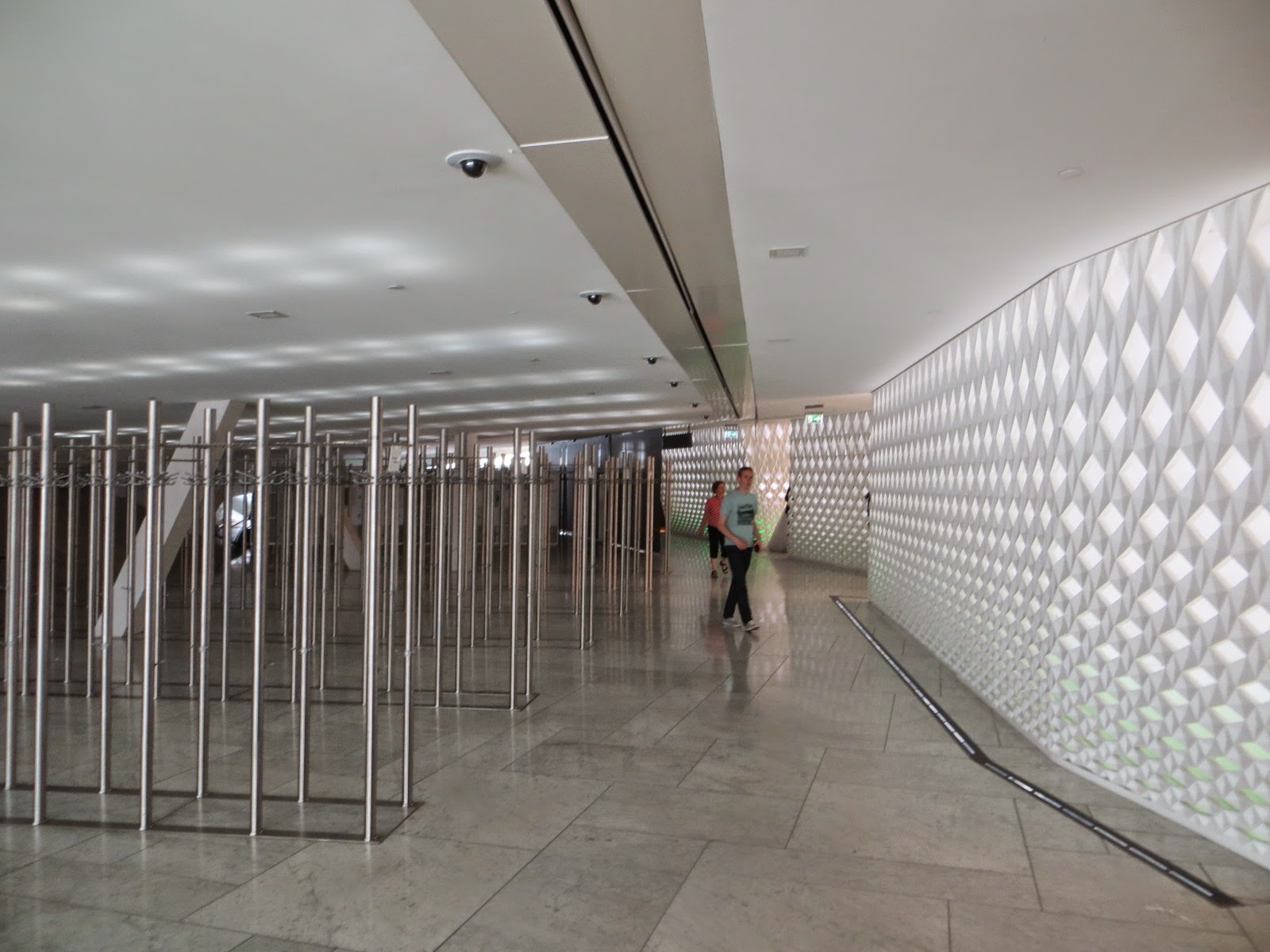 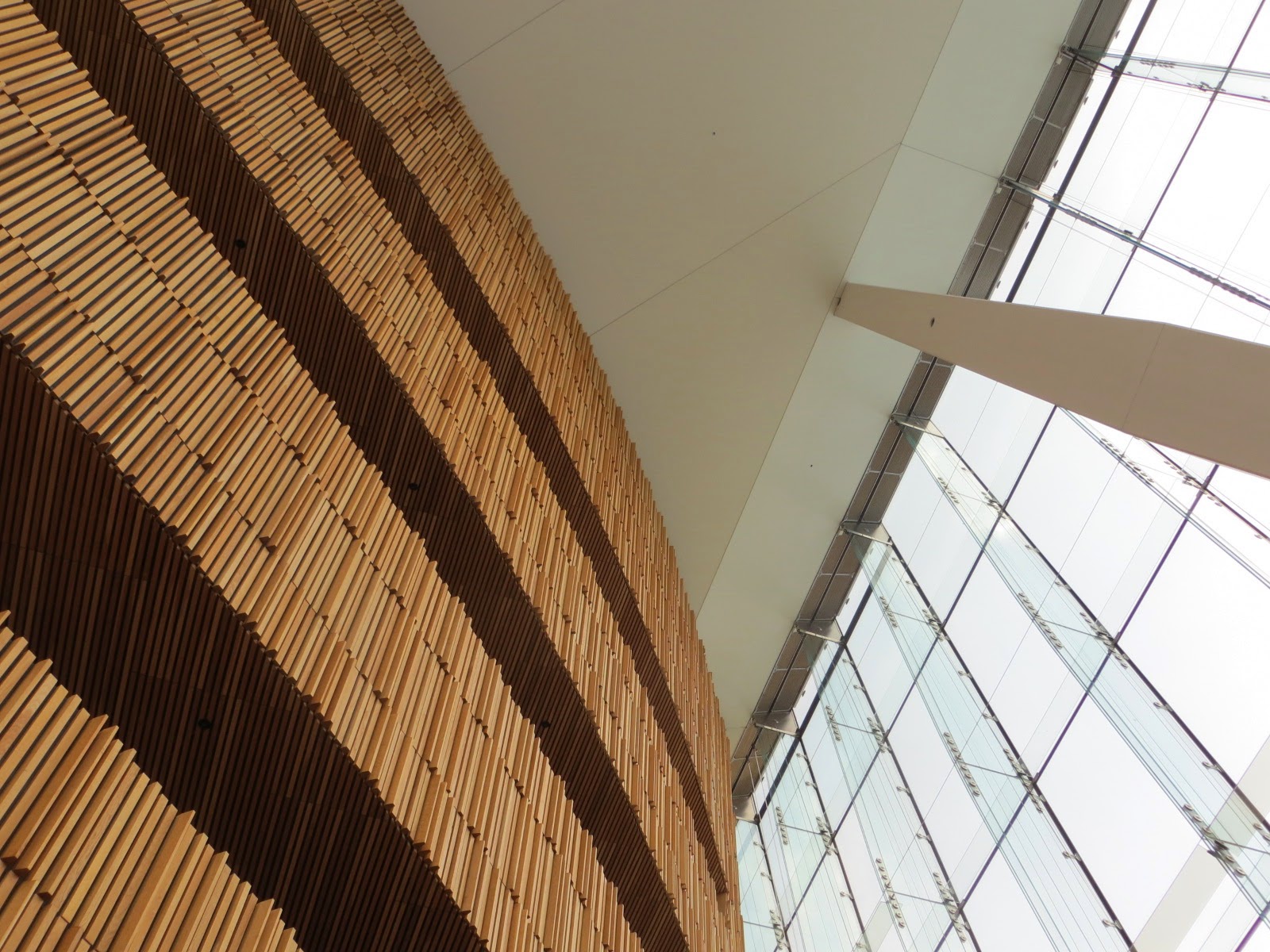 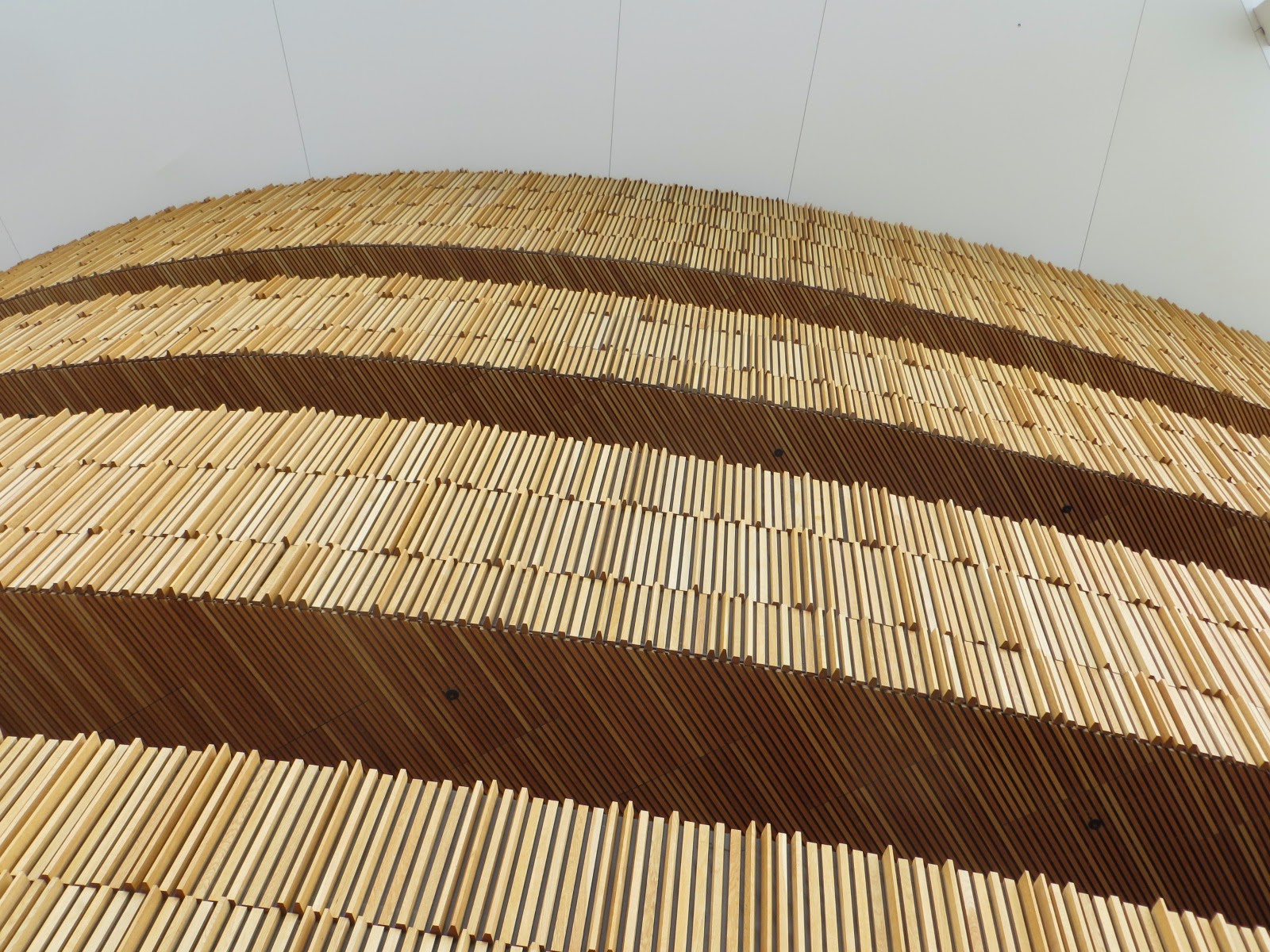 See May 2012 post on the Millennium Centre, home of Welsh National Opera
Posted by Simon McCormack at 23:52 No comments: