Finding a Connection for the Noble Savage 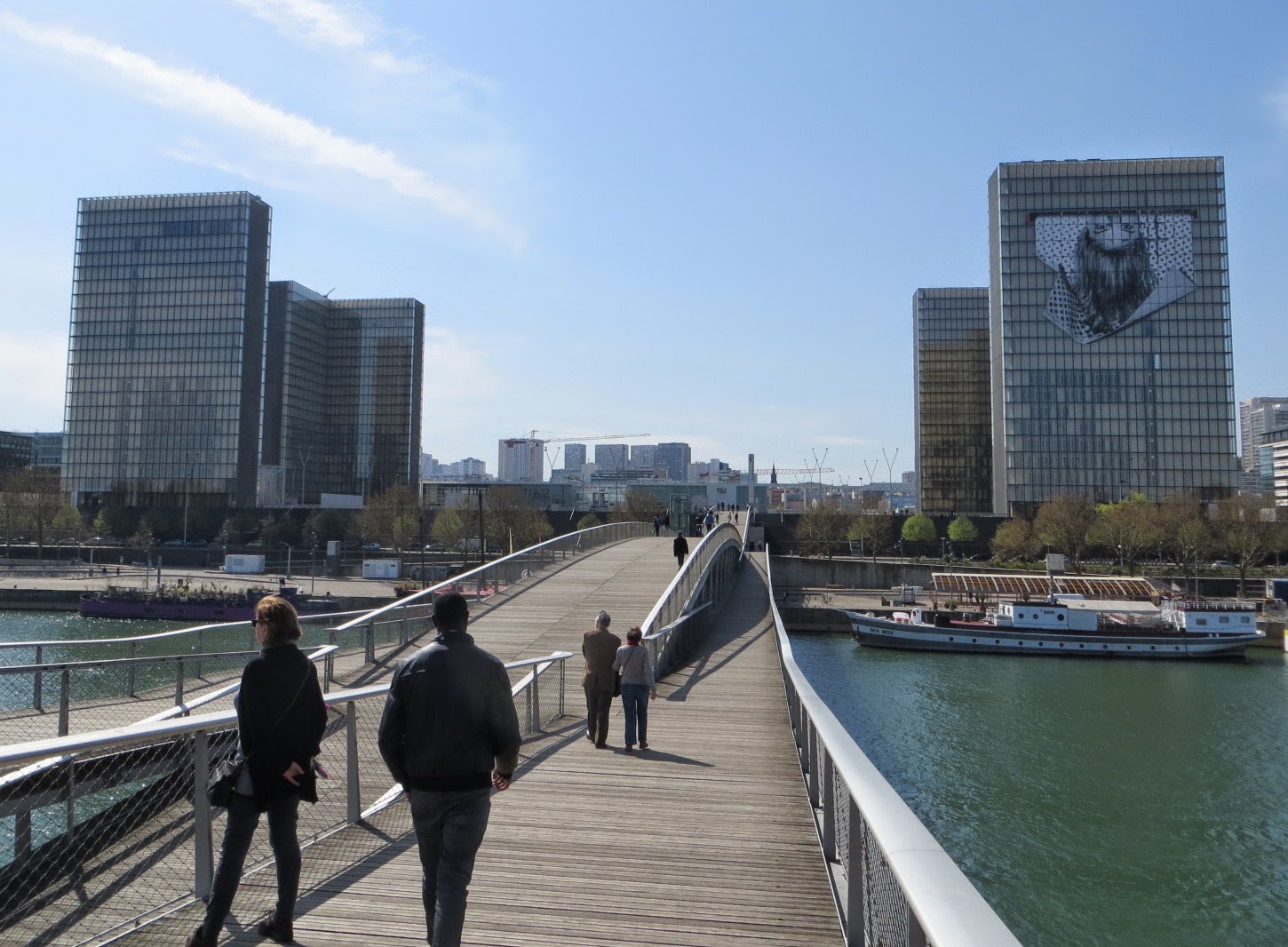 'I am as free as nature first made man,
Ere the first base laws of servitude began,
When wild in woods the noble savage ran.'
John Dryden 'The Conquest of Granada' 1672

The 'wild’ wood at the heart of Dominique Perrault's Bibliotheque Nationale evokes Enlightenment concepts of the human spirit, but is this monumental shrine to the cult of the book anachronistic in a digital age?

It sometimes seems as though millennia of paper-based literary culture have been rendered anomalous in the space of a few years by the advent of digital media. Even when Dominique Perrault's Bibliotheque Nationale building was completed in 1996, the notion of a book was endowed with physicality, that has since been shed with astonishing alacrity. If the book as physical entity is heading for obsolescence, where does that leave the library as a building type?


The Bibliotheque Nationale is no ordinary library however, but a building of visionary ambition in the grand French tradition. This monumental pile, defined by corner towers of book stacks, is more than a building, it is an ordered fragment of an ideal city, upholding the Enlightenment vision epitomised in Boullee's Bibliotheque du Roi (1785). The reading rooms are arranged around a courtyard packed with a 'wild' wood, invoking Dryden's 'Noble Savage', a seductive origin myth for western culture often associated with Rousseau, ideologue of the French Revolution.


Ambitious links have been created between the library and its environs, including a new park on the facing bank of the adjacent Seine. A sinuous pedestrian bridge delivers visitors at the level of the entrance court on the roof of the library, but this is high above the park and the banks of the river. The inflated scale of the buildings and stepped embankment enclosing the park create a claustrophobic quality. Although the library terrace overlooking the woodland garden is open to the public, the generosity of this gesture is undermined by the intimidating barrier created by significant level changes. Access from this level back down to a library entrance within the court is clumsily handled. Nonetheless, turning conventions about levels and arrival on their head at the Bibliotheque creates wonderfully unexpected moments. The corner book stacks might defy logic, but they give the building great presence in the city and provide a point of reference for the new quarter developing in this former industrial hinterland.

Digital communication enables us to enjoy Rousseau on the Metro or in the park: it offers new opportunities to gain access to books and form associations unbound by geographical location, but cities allow the congenial association of people in many different activities. Surely enjoying access to the collections of great libraries will continue to be one of these. 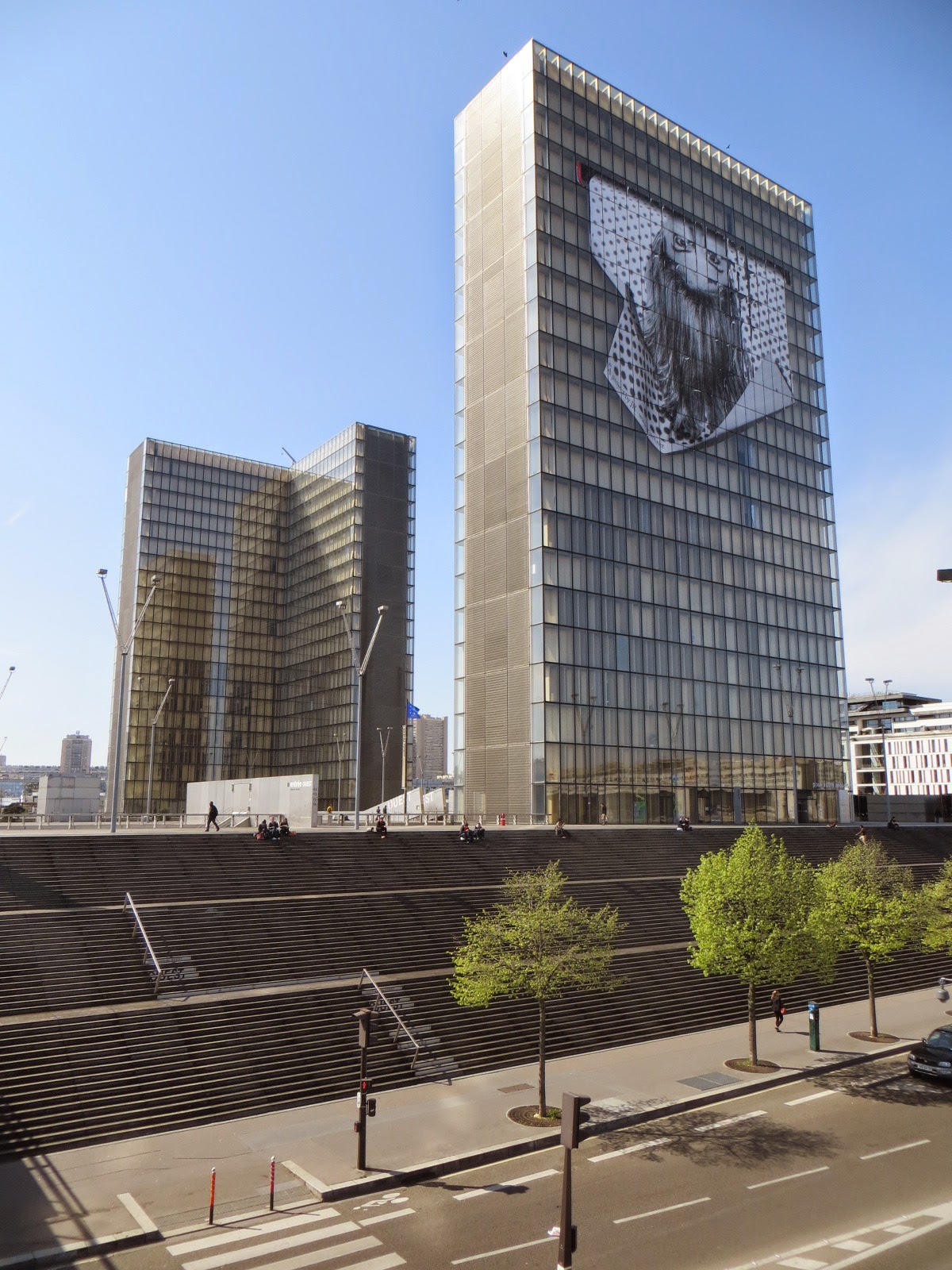 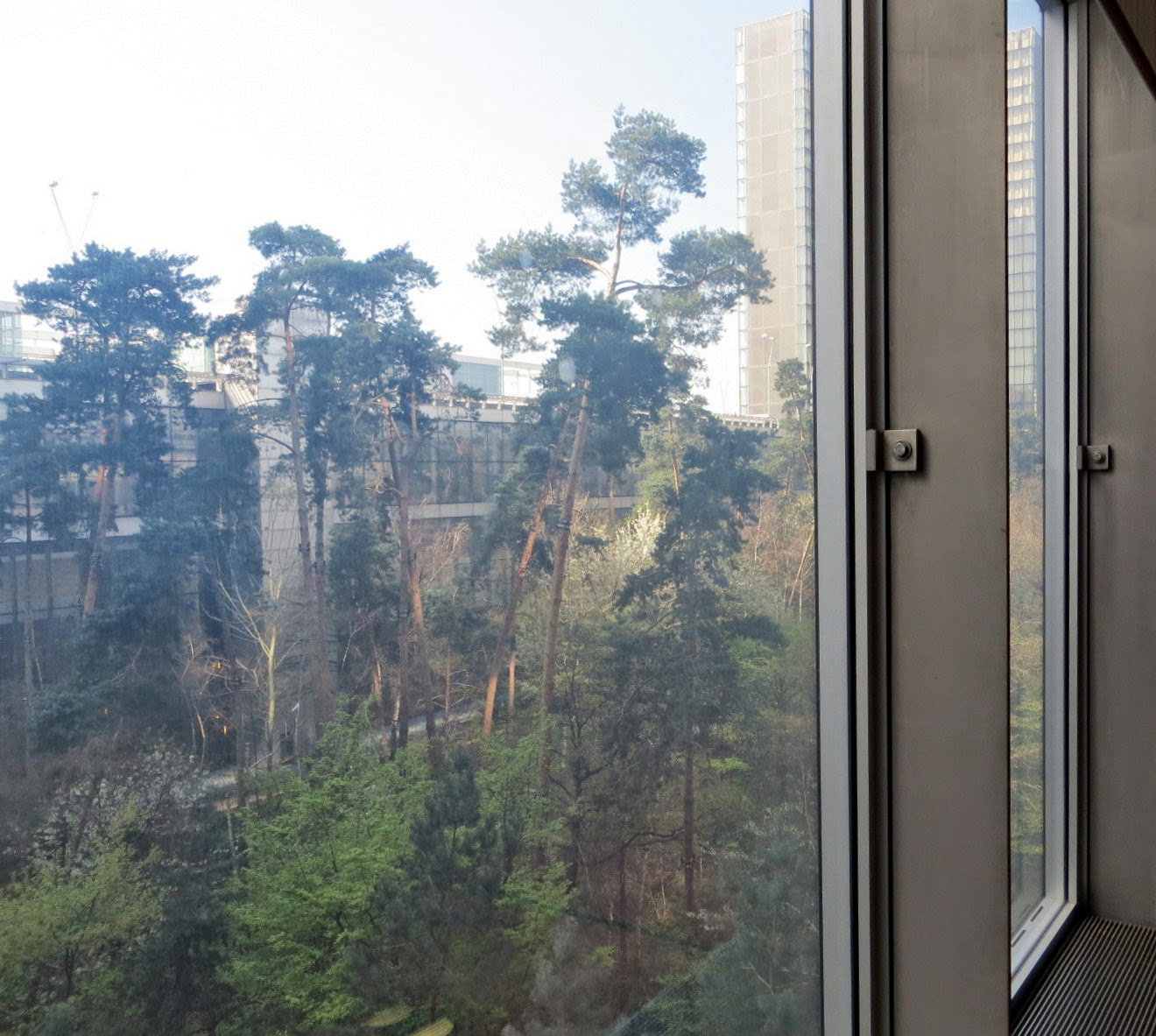 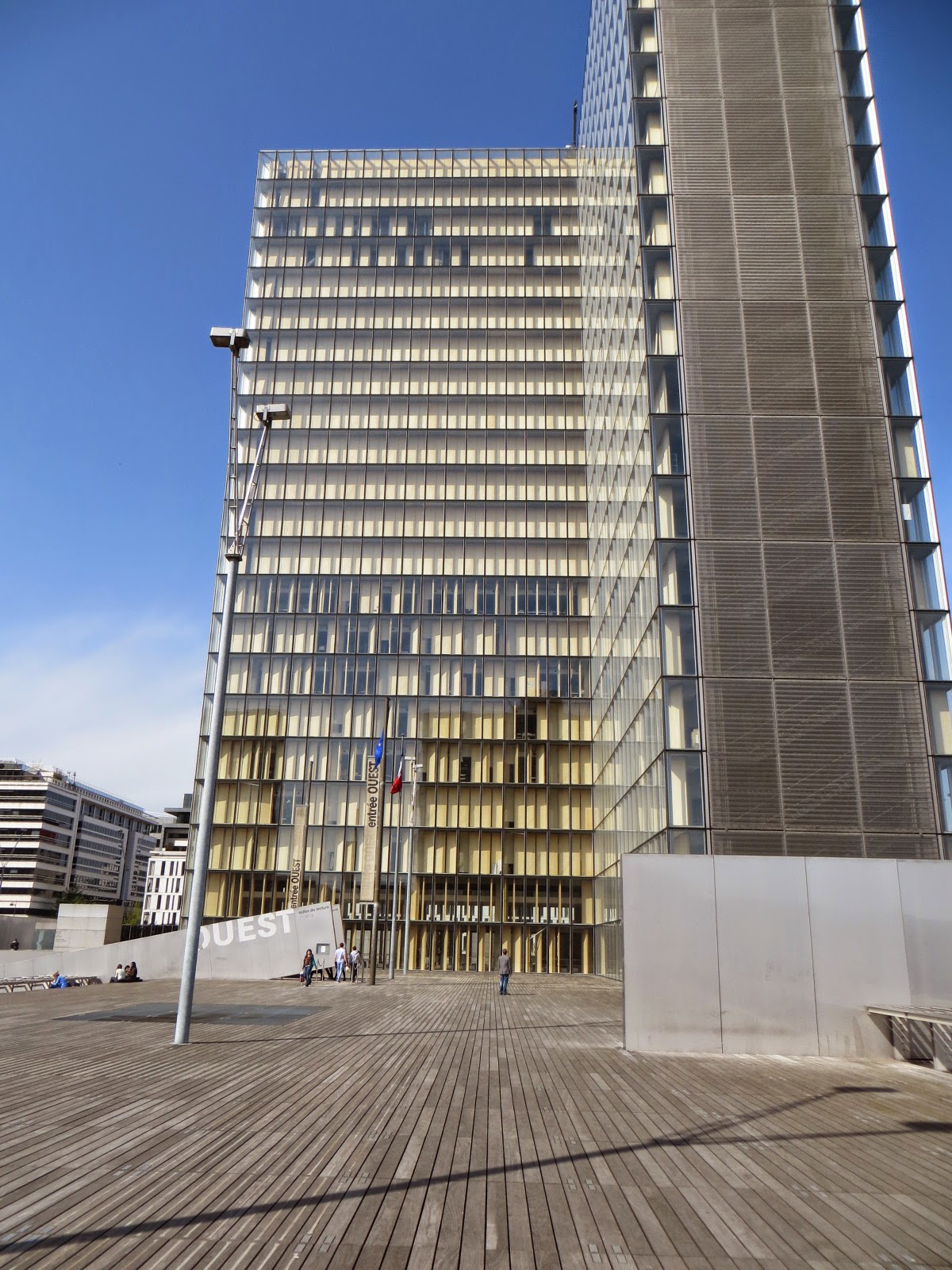 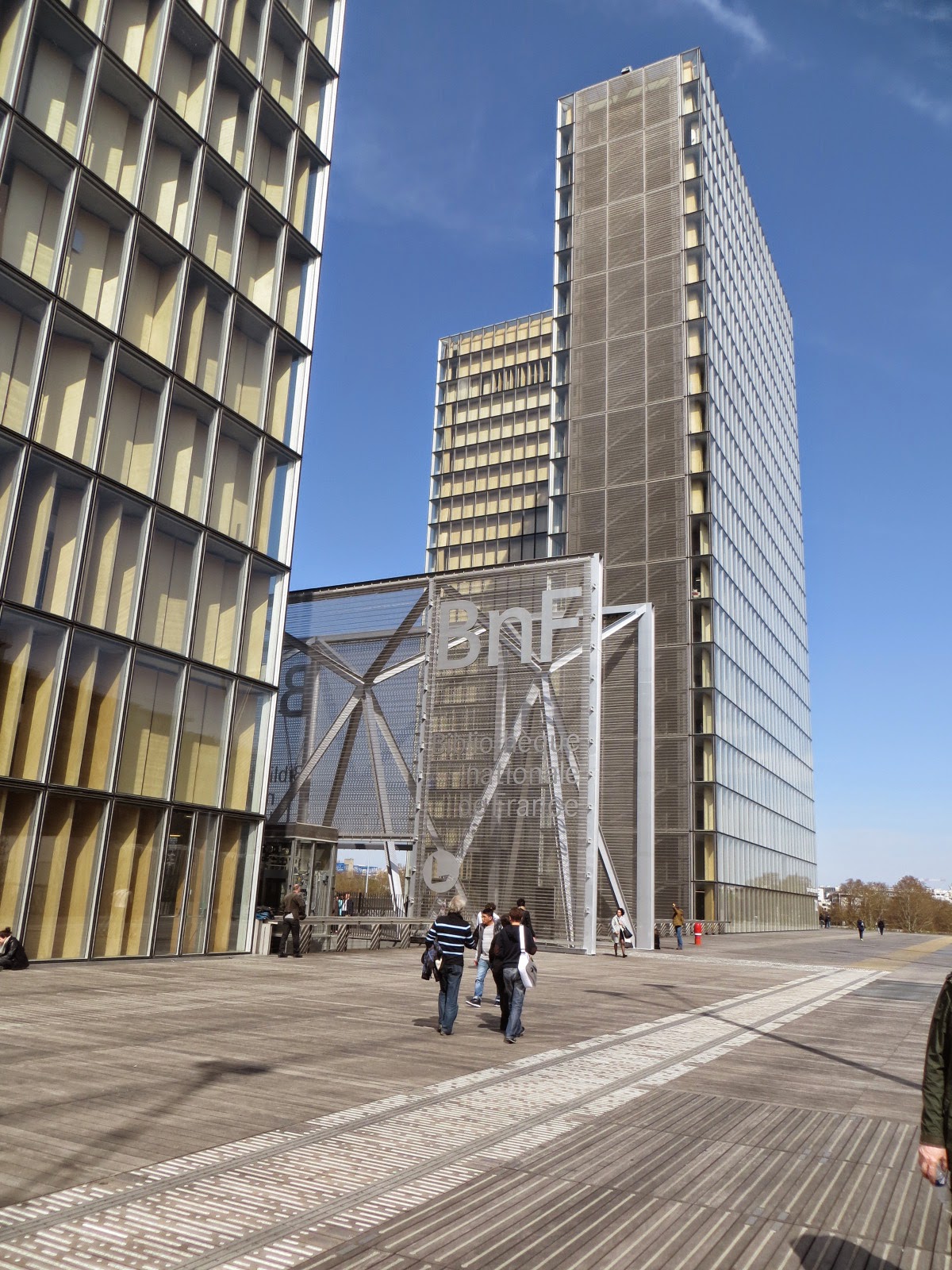 Posted by Simon McCormack at 00:47 No comments: