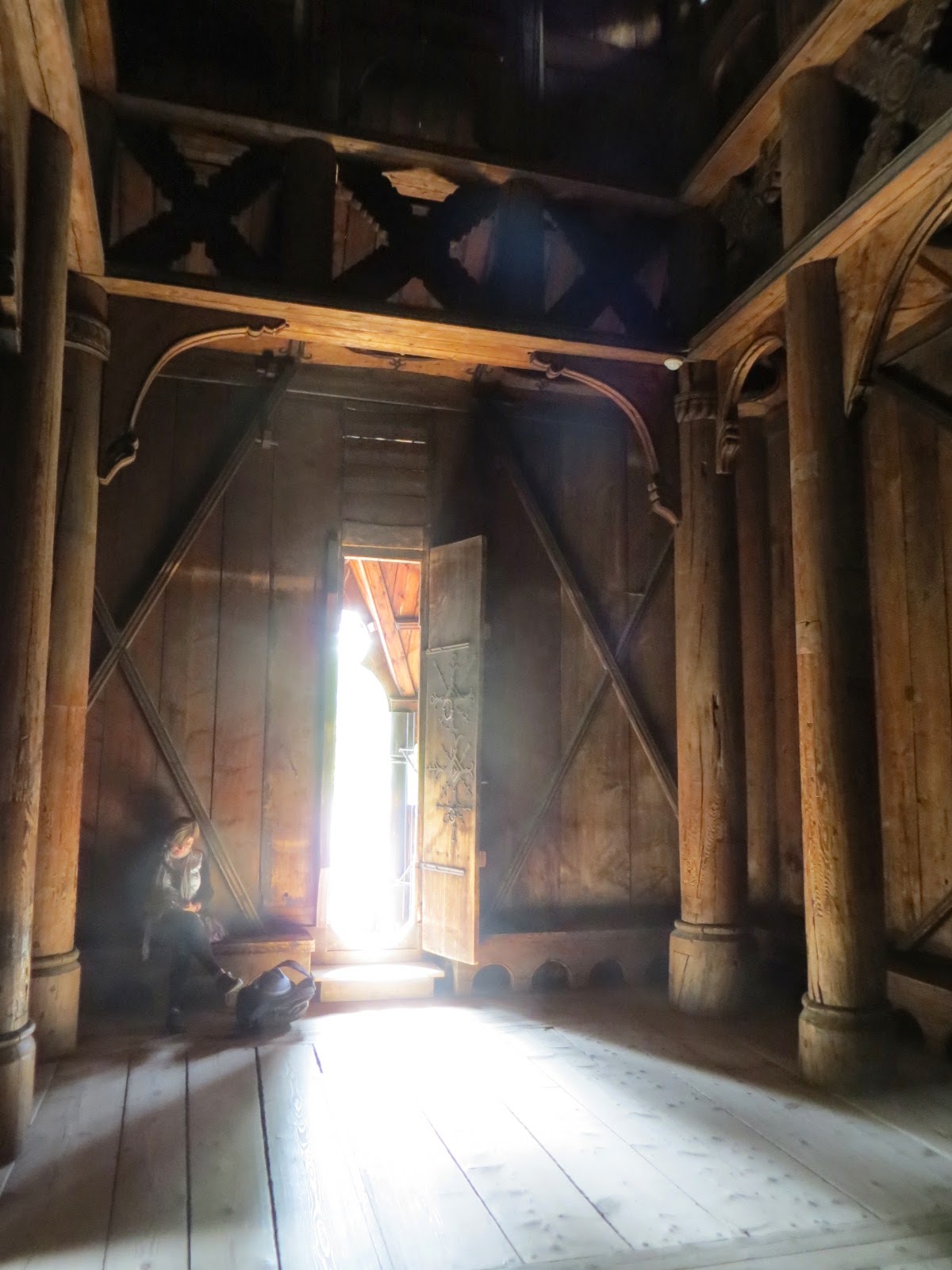 A deeply satisfying scent of timber with a hint of tar greets you when you enter the 800 year old Gol Stave Church relocated to the Norwegian Museum of Cultural History. Smell is not a sense often associated with architecture although, for anyone who spends time on building sites, excavation, concrete, timber and plaster all have distinctive odours, redolent of the different stages of construction. On completion these may be replaced with the quickly fading smell of carpet and fresh paint, making the persistent scent of the stave church after nearly a thousand years all the more extraordinary. These elemental enclosures have a well-tempered physical ambience.

The Museum of Cultural History in Oslo consists of a remarkable collection of reconstructed buildings, the most interesting of which, for me, were those built in timber. Even today, human settlement in Norway feels as though it has been hacked out of the forest. The abundance of timber encouraged the development of remarkable carpentry skills, expressed most eloquently in the sophisticated Viking craft built in the 8-11th centuries and in the medieval period by a few hundred stave churches. The word stave derives from the Old Norse 'stafr', meaning post, and the stave churches are built exclusively in timber suspended above the ground on boulder footings.

Joints have evolved so that vulnerable grain is protected by a the next layer of construction. Building with just one material, timber, invests the buildings with a powerfully unified aesthetic. The construction logic of these ritual shelters generates compelling form and scale, which is adorned with dragon roof finials and some relief carving on structural elements. Curiously, the circular section free-standing timber posts have a slightly self-conscious architectural quality, perhaps alluding to stone columns in churches seen outside Norway.

The principle source of daylight is from door openings, and strong side-light penetrating the interior gloom creates a dramatic chiaroscuro effect rare in western architecture. Details are lost in the shadows of its warmly hued interior. Darkness and the absence of light can be as powerful as metaphors for our spiritual or existential condition as brilliant illumination.

Sadly a few of the surviving stave churches, were lost to an arson campaign in the 1980's by black metal music devotees, who objected to the occupation of pagan sacred sites by Christian edifices. As a result, the church at Fantoft, near Bergen, reconstructed in 1992 following destruction by an arsonist is now surrounded by a wire security fence, which protects the building but wrecks its setting. Like the church in the Folk museum, it was moved from its original rural site at the end of the 19th century, demonstrating another advantage of timber: its capacity for re-cycling. 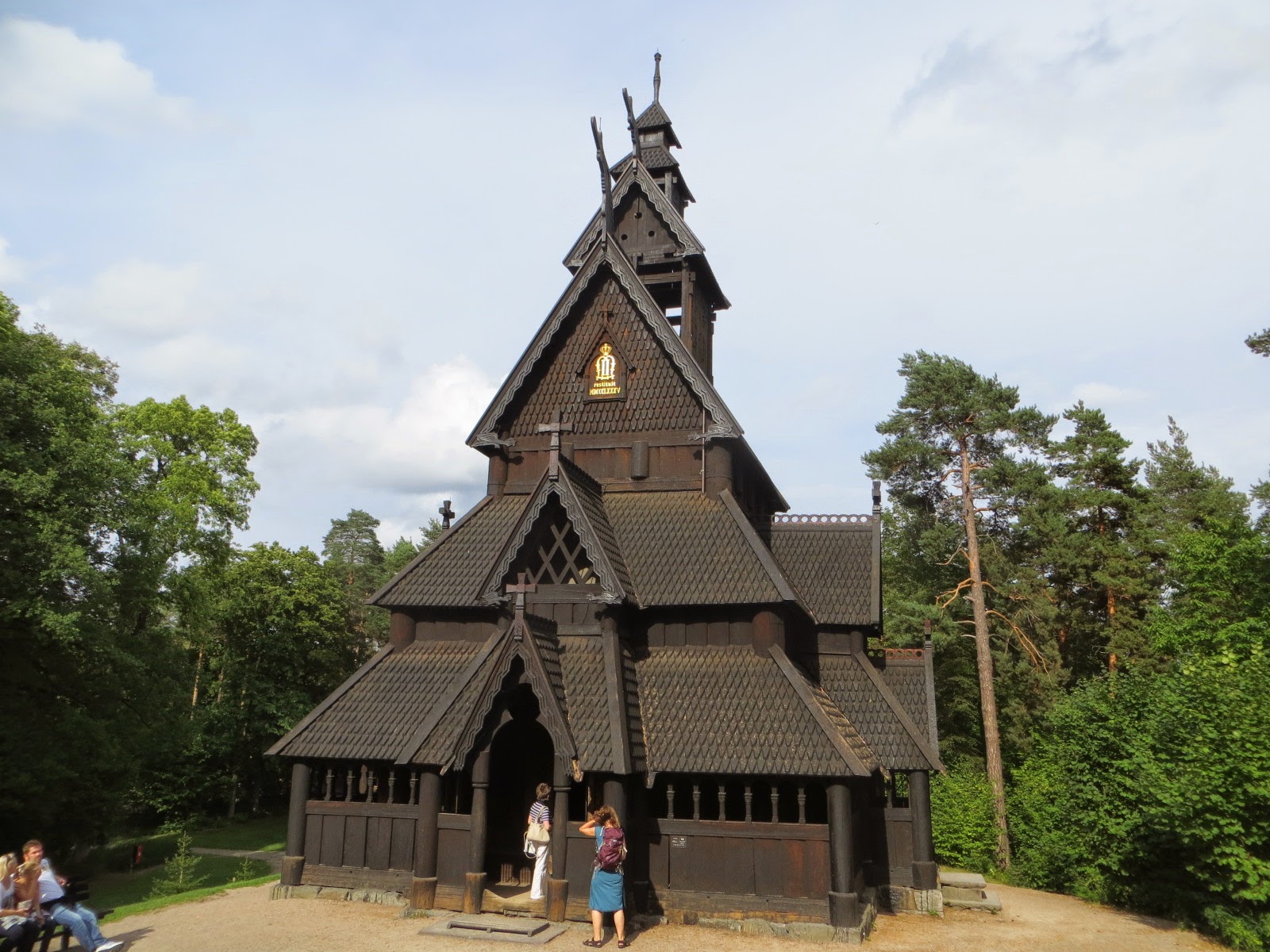 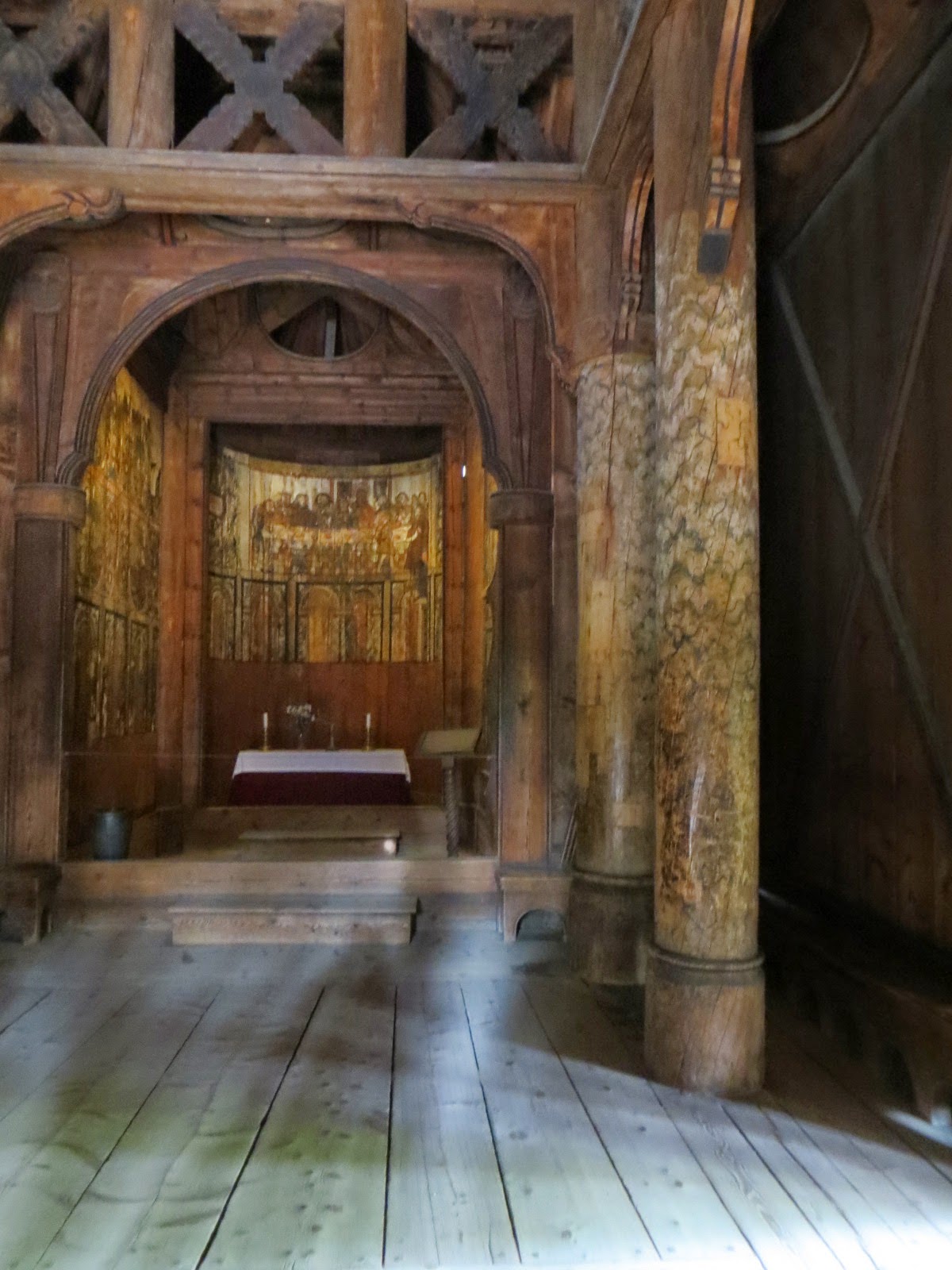 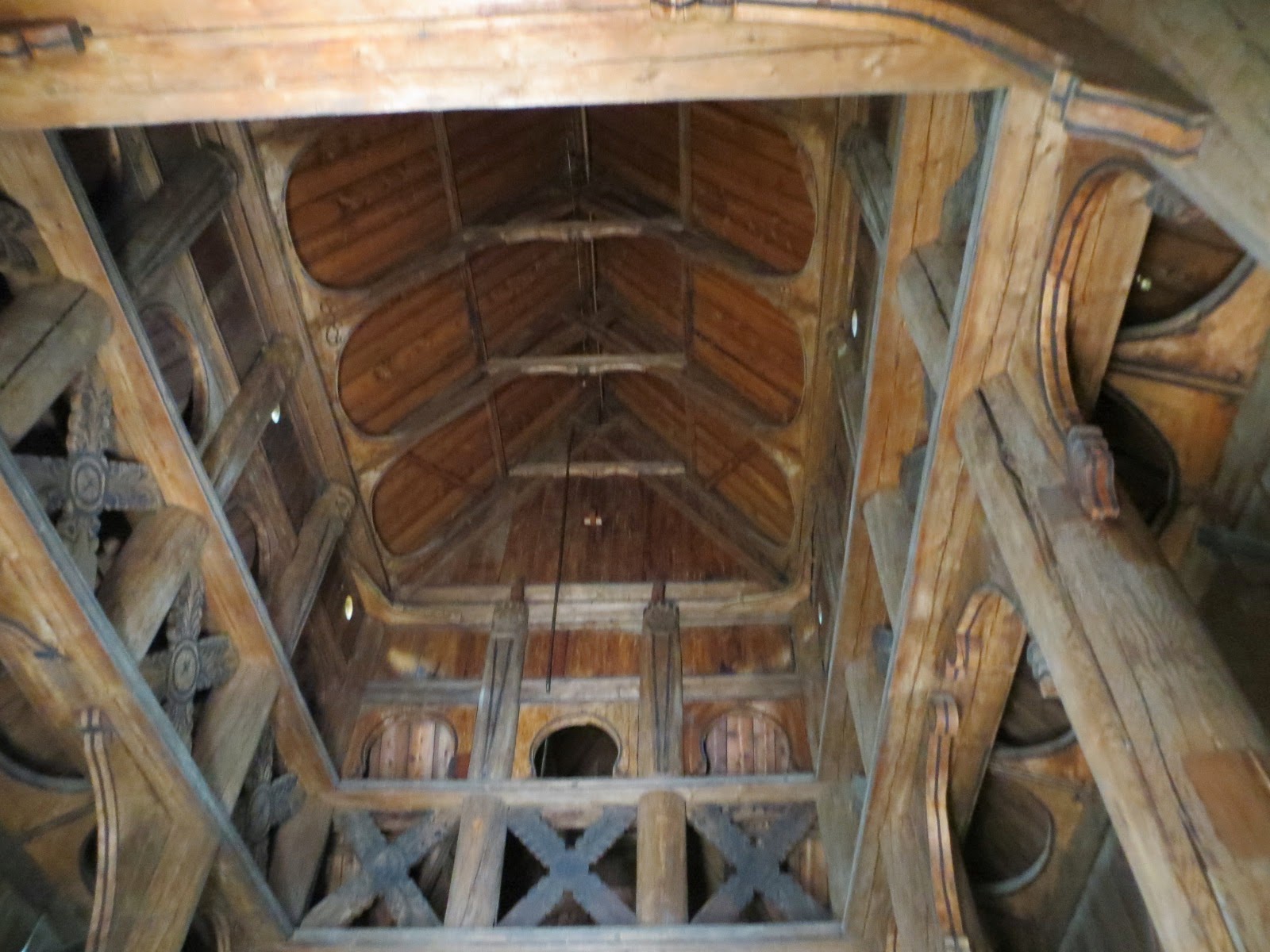 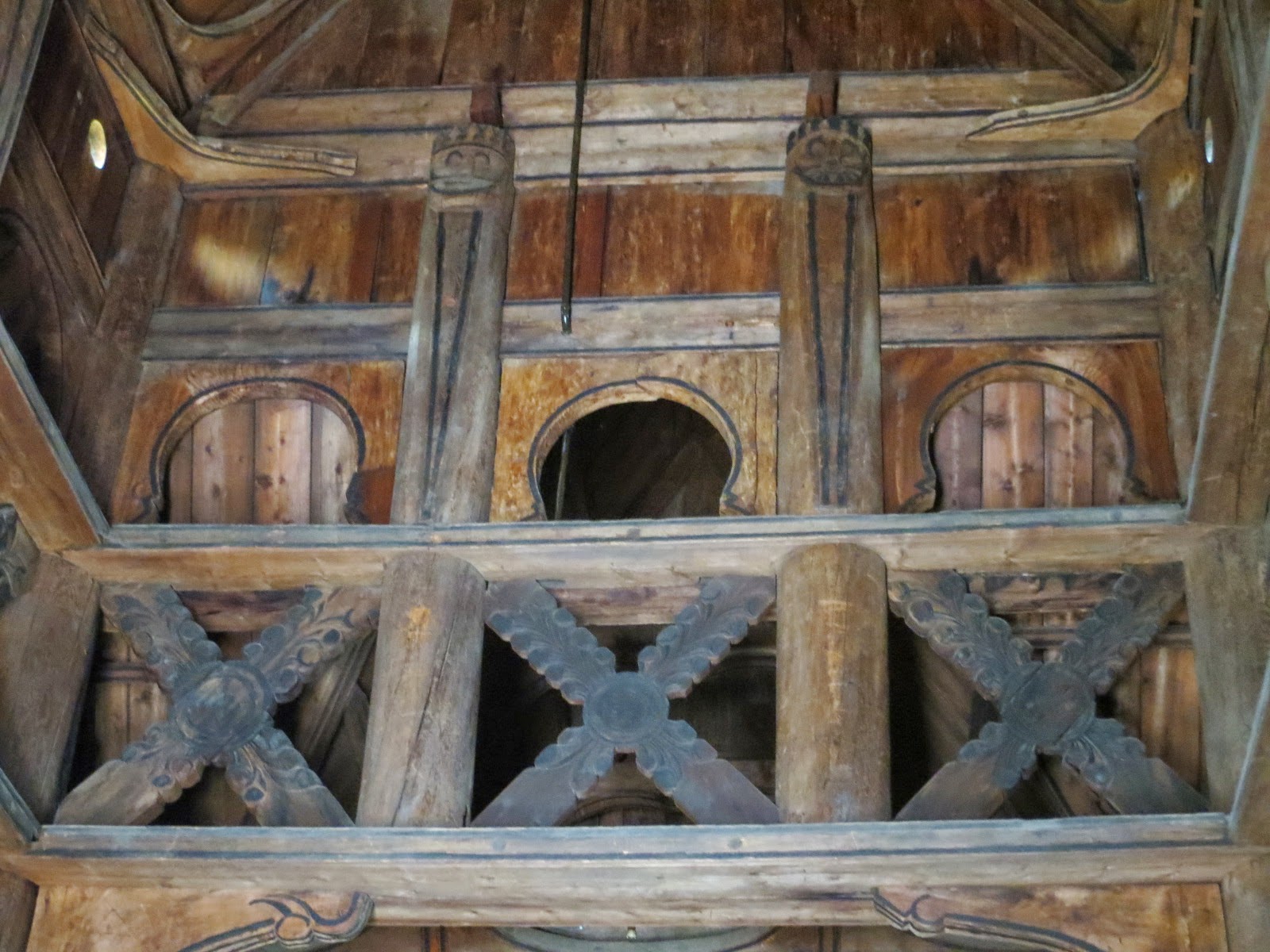 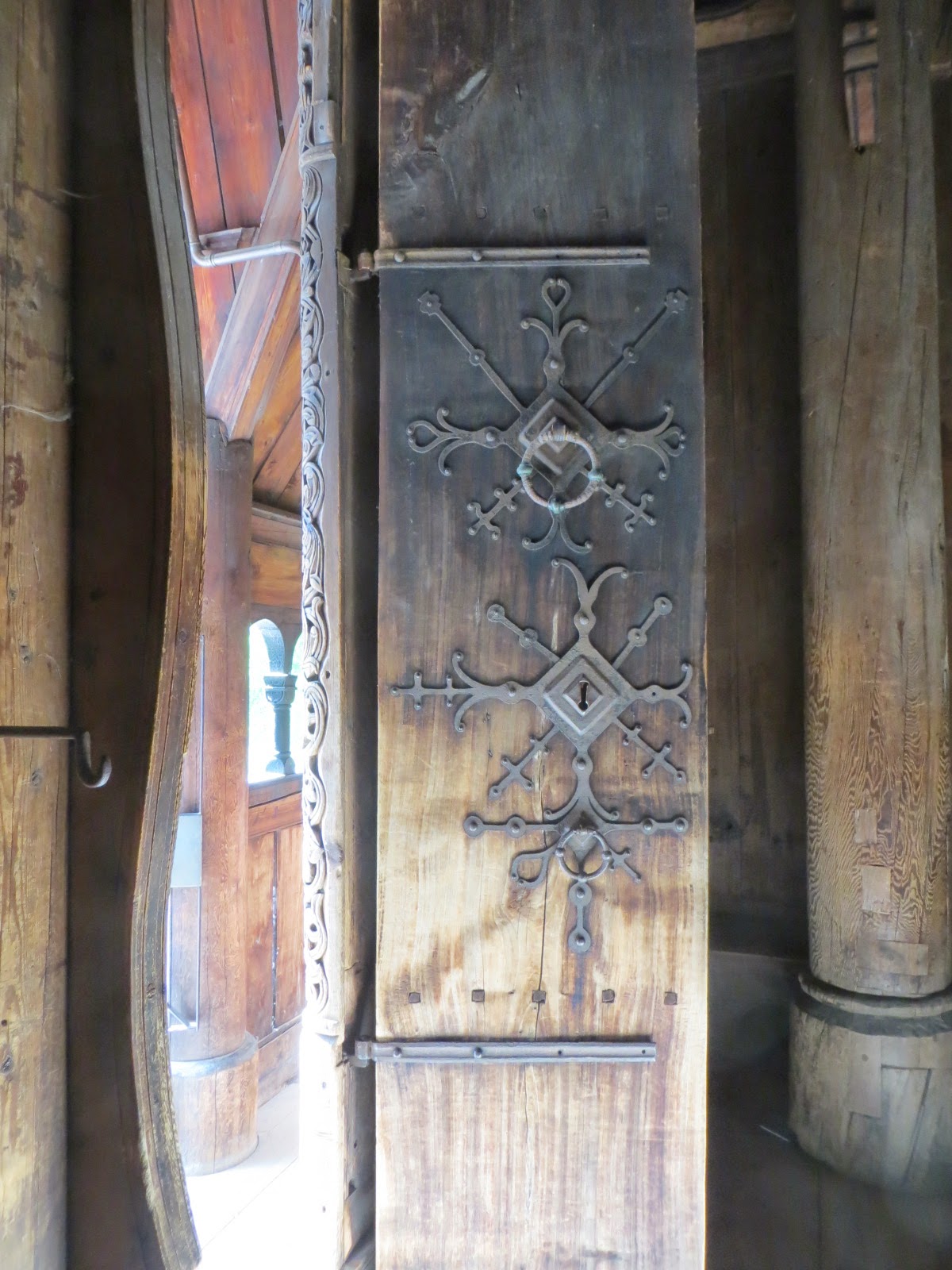 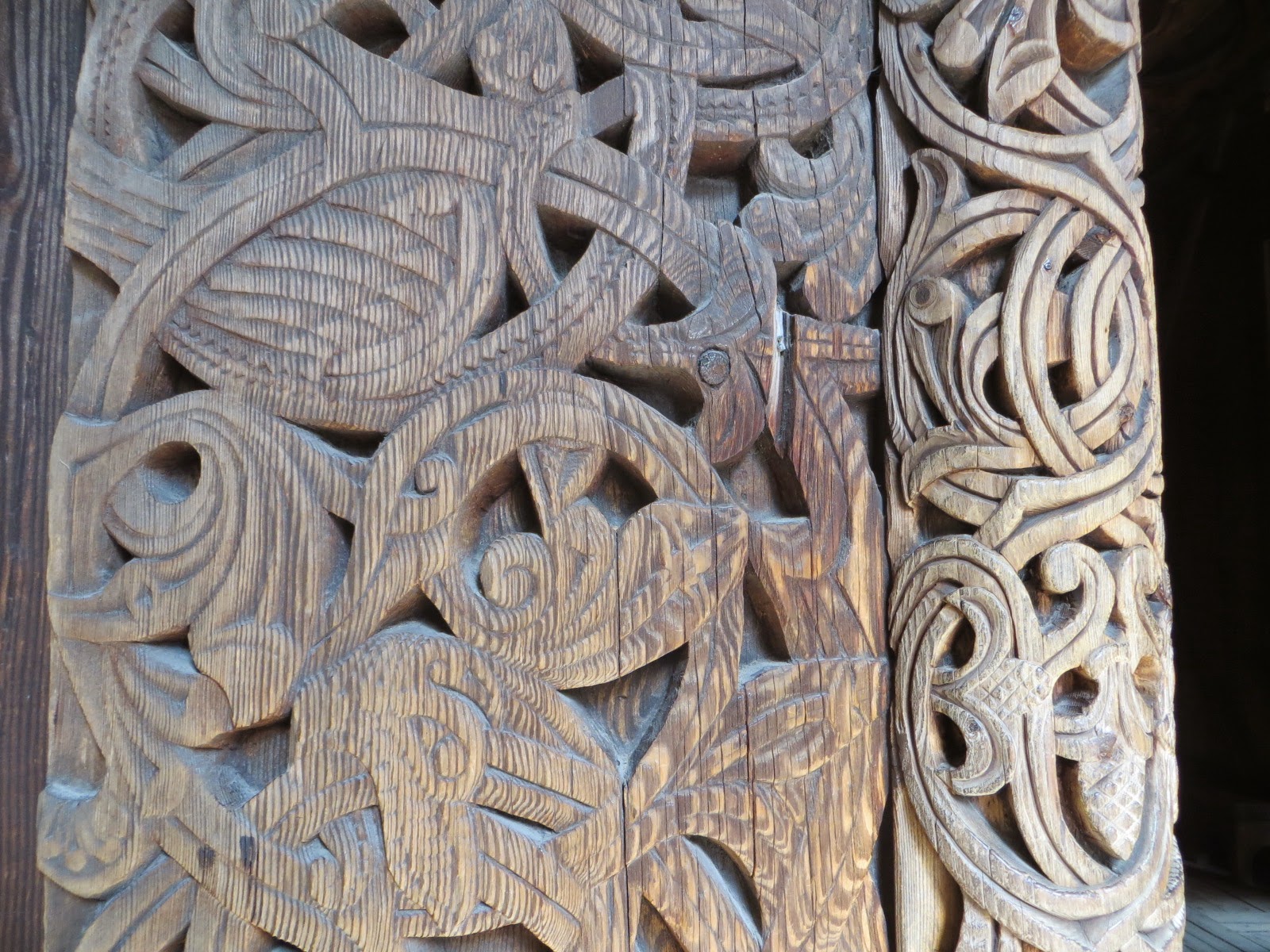 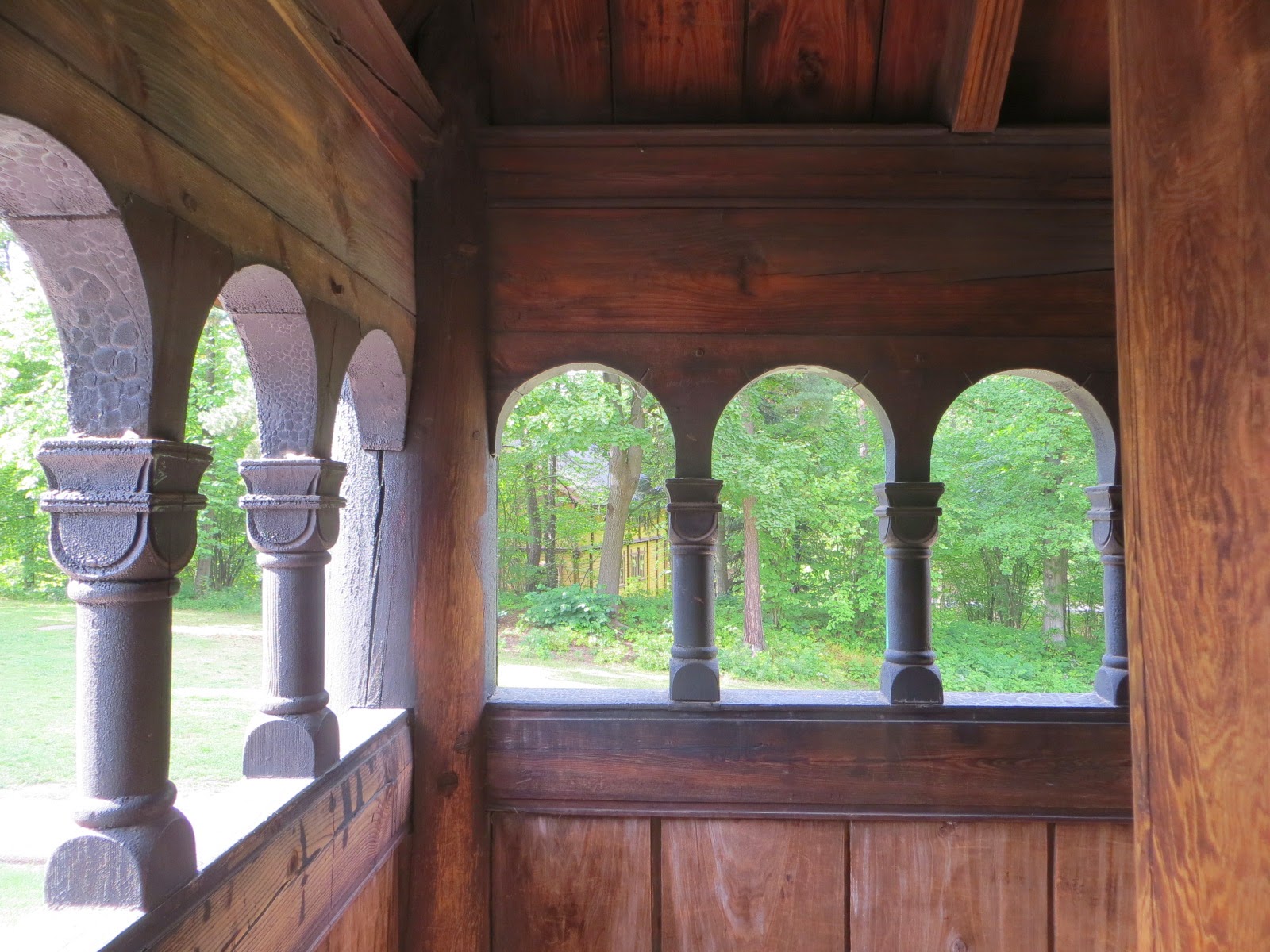 Posted by Simon McCormack at 23:50 No comments: