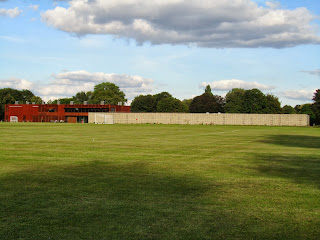 Combining beauty with practicality, Stanton Williams' changing pavilion on Hackney Marshes is a paradigm of architecture, illustrating the potential of buildings to enrich both their location and the lives of people using them

Hackney Marsh is a vast plain in East London containing 82 pitches for amateur teams playing football, rugby and cricket. A solitary structure set against a backdrop of mature trees skirting this array of pitches, Stanton Williams' Hackney Marshes Centre provides grounds maintenance and changing facilities for players. It is composed of two linked rectilinear elements. A two-storey block clad in corten weathered steel, containing the entrance, offices and a bar at the upper level, is flanked by a low wing of changing rooms, faced in gabion cages filled with light coloured re-cycled concrete. The rust brown of the corten animates the greens of the foliage and grassed pitches. From closer to, the cubic surfaces of the main block are articulated into walls, doors and windows, folded and recessed to create a dynamic effect, but which often also literally move, allowing the building to be secured at night. Walls slide on concealed track. Window screens hinge horizontally on gas struts to create brise soleils. Precise matrices of perforations and joints between the facade components provide a secondary level of animation.

Internally, finishes are robust: screed floors, concrete walls and soffits. An electric grounds maintenance vehicle is parked under the concrete stair. In the changing areas top-lit corridors are lined in acid-bright yellow laminate with billboard scale sports photos. Filtered light enters the changing rooms via loosely packed cages of the gabion facade. At first floor the bar opens on to a generous terrace with expansive views of the playing fields. The perfect spot for some relaxed post-match analysis. Artful and humane architecture, which resonates with its setting, this is the beautiful game. 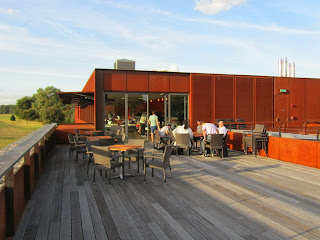 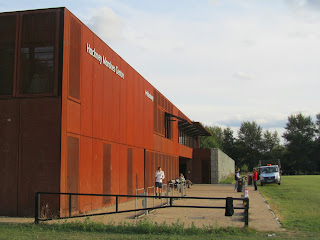 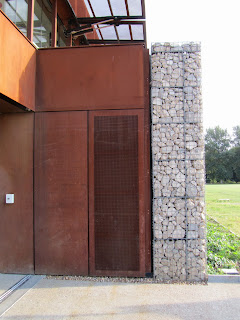 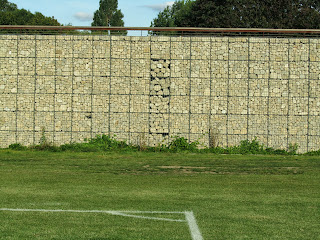 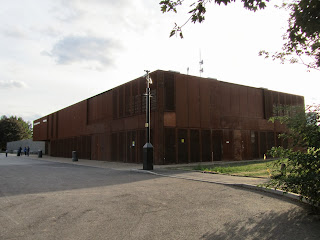 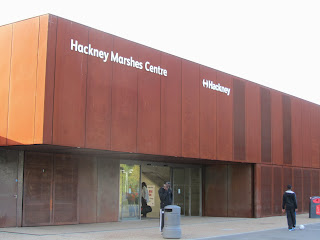 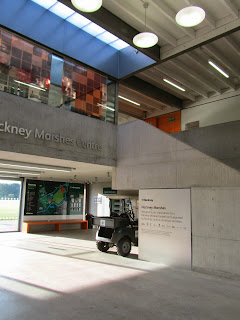 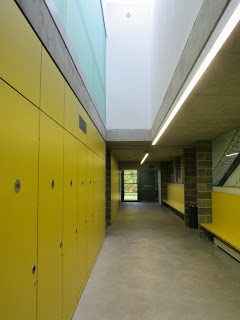 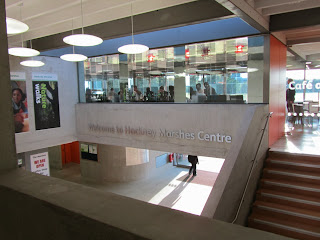 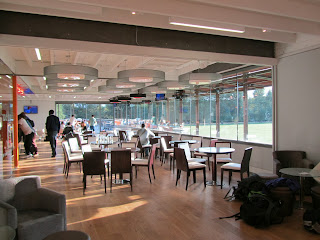 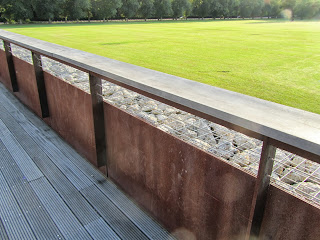 Posted by Simon McCormack at 23:44 No comments: